Let's join hands together to reclaim our State - Darlington Chimezie 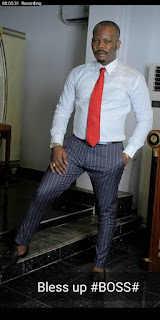 The President and Founder of Faith of Darlington Foundation and former candidate of the Action Alliance for the State Assembly election in 2019, Mr. Darlington Chimezie, has called on the people of Imo state to come together irrespective of political affiliations to reclaim the State from hoodlums who have wrecked havoc in the State in recent time.

Darlington Chimezie, philanthropist and the President of UMUIMO Connect, made the call while fielding questions from IfeanyiCy blog in Owerri on Sunday, saying: "Imo remains our only State. Let us join hands together and save our dear state and by  embracing peace. This is our State and we must all join hands together to save our State not minding the governing political party".

He said that the security challenge the State is facing is a national problem and not peculiar to the State, assuring that it would soon come to an end.

"There is no country in the world without its peculiar crises, ranging from health, economy, security, infrastructure, employment and religion. In all this, the media is key in determining how quickly the issues are  resolved, depending on the narratives the media creates.

"Imolites need to  understand that there can only be one Governor at a time in our State and leadership is not given by man but God. We should accept that the person we have today as Governor is by divine will, and God has his reasons for that", he said. 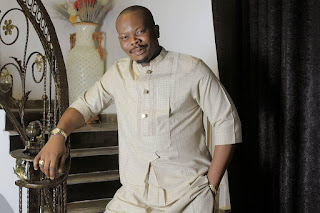 Mr. Chimezie, who hails from Akabo in Ikeduru LGA of the state further called on Imo people to realise that what is going on in the State was predetermined by God, adding that what is important is that the people should should take the necessary lessons and move ahead.

He extended his condolences to the families of those killed during the period, praying God to comfort their families. He also appealed to the Governor to be a bit more tactical and diplomatic in handling the crisis going forward.

"I believe strongly that what we are facing today will come to an end soon. Our dear Governor should continue on his already started engagement with stakeholders both at the State and rural areas. The stakeholders should be encouraged to sensitize our people because those agitating for whatever reasons might be sons and daughters of Imo State", he said.

He also called on the youths to "shun violence and embrace dialogue, because  violence will cause more harm than good to us as a people. The police, army and other security agencies  should work more with credible intelligence in handling the security challenges in the State, without instilling fear in the minds of people".