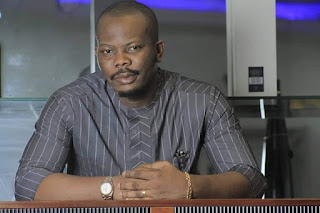 The President and Founder of Faith of Darlington Foundation, an Akabo, Ikeduru LGA born business tycoon and community leader, Chief Darlington Chimezie, has called on Governor Hope Uzodimma to do everything within his powers as Chief Security Officer of Imo State to restore peace and order in the State.

This is even as he called on the Governor to look inwards in assembling stakeholders that would help in restoring peace and development in the State.

The Chieftain of the ruling All Progressive Congress (APC) and former Action Alliance candidate for the 2019 State Assembly election, while sueing for peace urged the security agencies in the State to build confidence among the citizens and deploy better professional tactics in their intelligence gathering in their effort to curb the security challenges in the State.

He bemoaned the rate of killing of innocent Imo sons and daughters who were victims of stray bullets and cautioned against harassment and intimidation of Imo citizens by the security agencies. The philanthropist also condemned in strong terms the destruction of police facilities and killing of security officials across the State. He said insecurity is an evil wind that blows no one any good.

Chief Chimezie advised the Governor to select goal oriented Imo sons and daughters across the political parties who would help his administration to deliver democracy dividends to the people and as well help resolve the security challenges the State is grappling with.

He said: "the Governor should look for those who have stakes and live in Imo State irrespective of party affiliations, those who had followership and structures across their immediate communities. They understand the Imo situation and will help the Governor to serve the people of Imo better".

He urged the government to encourage her appointees by giving them the enabling work environment to deliver on their assignments, noting that political appointees were the go-between for the government and the people, and should be equipped to carry out their official assignments.

He added: "An appointee who has a stake in Imo and is on ground in his various community or local government knows whom to meet or where to go to ensure that peace is maintained at all time. If there is peace in the various communities in Imo, it means there would be peace in Imo at large".