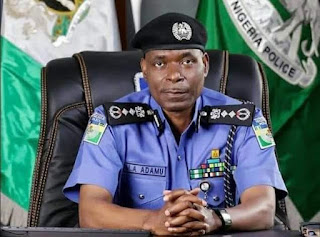 The Inspector-General of Police, Mohammed Adamu, has ordered the withdrawal of all police officers attached to Very Important Persons across the country with immediate effect. The IGP, however, exempted those attached to Government Houses, the Senate President and the Speaker House of Representatives, from the order. This is coming 10 days after the police authorities disbanded the Special Anti-Robbery Squad, following protests against the squad for high handedness and extrajudicial killings.

It can be recalled that  predecessors of the IGP had also issued similar directives which were only observed in breach. The latest directive was contained in a police wireless message dated October 21, 2020, addressed to all state Commissioners of Police.

The wireless signal with reference number, CB:4001/DOPS/SPU/FHQ/ABU/VOL./ORDER AND DIRECTIVES, said,

“any commander who violates this order will bear the consequences.” The signal, which was signed by the AIPOL, Protect, Force Headquarters, Abuja, read in part, “Any protect personnel found escorting or guarding any VIP with or without a firearm is deemed to be deployed by the commander and the commander will be sanctioned.” It further directed the affected personnel to report to their respective command Commissioner of Police