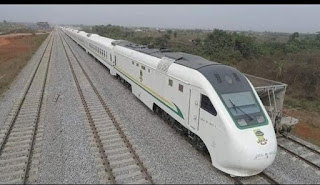 At the yesterday's federal executive Council meeting presided over by Nigeria President, Mohammadu Buhari, IfeanyiCy blog learnt, that Mr President had approved the sum of $3.02bn for the reconstruction of Port Harcourt – Maiduguri Railway with a spur to Owerri and Bonny.

According to a press statement made available to IfeanyiCy Media/Blog by the Hon minister of Transportation , Rotimi Amaechi,

the Federal Executive Council, FEC, has approved the award of contracts for the rehabilitation and reconstruction of the Port Harcourt-Maiduguri eastern narrow gauge railway, with new branch lines and trans-shipment facilities.

“There is another connecting to narrow gauge to standard guage at Kafanchan.

“There is a branch line from Gombe or before Maiduguri to Damaturu and Gashua. That’s what has been approved,’’ he said.