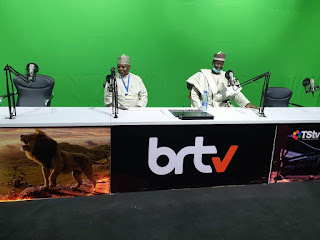 The cable Television , TStv declared its plan to offer Nigerians affordable subscriptions on a pay-per-view basis starting from October 1, 2020 when it re-launches its services.

The firm also explained its channels would be offered at between N3 and N5 subscription daily, noting subscribers would also be able to pause their subscriptions temporarily if they are unavailable to watch the programmes.

Briefing reporters in Abuja on Tuesday, the Chief Executive Officer of TStv, Mr. Bright Echefu, explained the firm had learned from its past mistakes which forced it out of business for some time.

He disclosed the company has acquired the latest transponders, which prevent service interruptions during bad weather, noting that most channels would be in high definition.

Echefu further noted his firm had invested in a content acquisition which would give TStv a competitive edge in the Nigerian market, and across Africa.

He said: “We have the support of the Federal Government, National Broadcasting Commission (NBC) and the Minister of Information and Cultural, Alhaji Lai Mohammed.

“We have invested heavily in rights acquisition and acquired five latest transponders which would help us to overcome service disruptions and outage.

“Most of our channels would be high definition and they are priced at N3 or N5 per day.

“They are being offered a la carte, meaning that the subscriber can simply select the channels he wished to watch instead of buying a bouquet of channels he does not watch”.

According to him, the service would be rolled out nationwide from Thursday, when the cost of the decoders and location of vendors would be announced.

Echefu said customers have to acquire the new decoders to enable them to enjoy the quality service being offered by TStv, adding that the old decoders could be swapped for a new unit.

He said: “The old decoders can be used for two weeks after which the subscribers would have to swap it for a new one”.