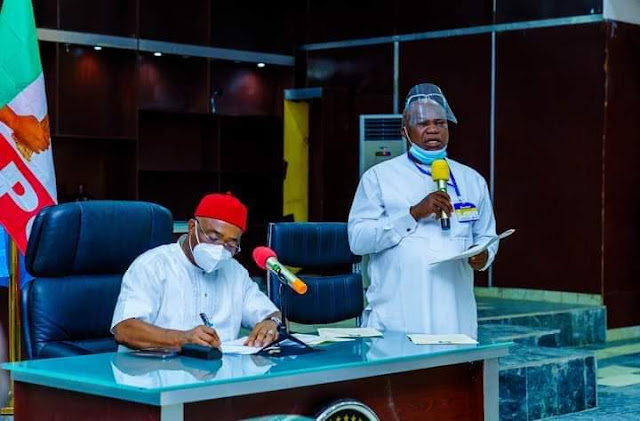 Imo State Governor, Senator Hope Uzodinma has approved the selection of 9-member committee that will be tasked with the responsibility to consult , dialogue, and interface with various aspirants of the All Progressive Congress, APC, for Imo North Senatorial By-election as well as party leaders and stakeholders on possible way to achieve smooth and rancorous free party primaries. 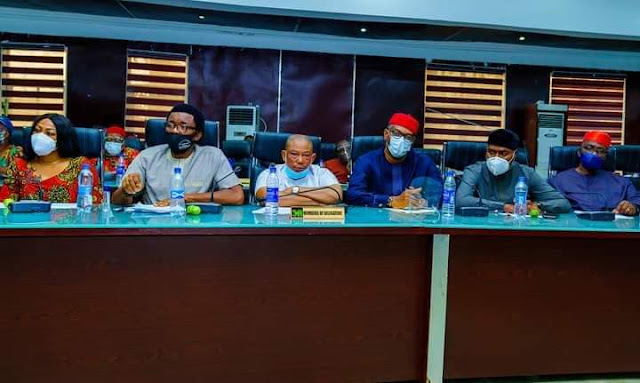 Imo All Progressive Congress, APC, leader, Hope Uzodinma, speaking at the weekend held APC Stakeholders meeting at Government House Owerri, said, "it will be better for the party leaders and stakeholders to come together and agree on who will represent the party in the forthcoming Okigwe Zone senatorial bye election" . He said, "it wouldn't be in the interest of the party if all aspirants spent hundreds of millions of money to purchase party form and campaign when at the end only one person will emerge. He said instead of wasting money on the purchase of Nomination forms by the aspirants, it will be better for the party in Okigwe Zone to adopt consensus mood of selection of party candidate to easy tension, avoid waste of money and engineer brotherhood, peace and harmony."