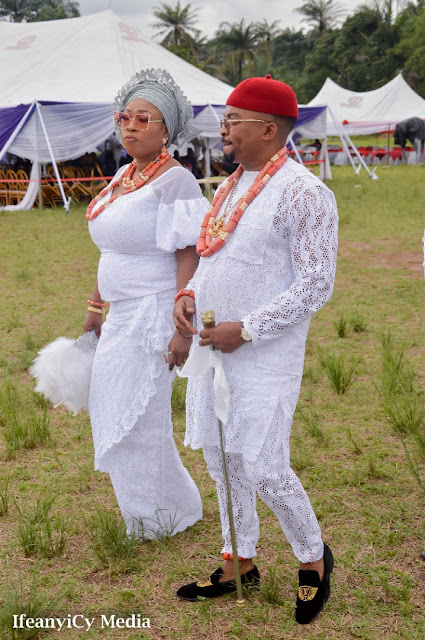 When beggars die there are no comet sign, but heaven itself announces the passing of great icons. So it was with the final burial rites of Snr Mother in Israel, Bernadette Uwanuotu Onwunali (Nee Echeta), the beloved mother of 'Skool Boy', Chief Amarachukwu Isaac, (Akuro Ulo Na'Mbaise and president & founder of Isaac Humanitarian Foundation) .

Mama's burial programme and reception party would remain a talk of the town for a very long time. The funeral programme which began with laying in State at husband's compound, late Pius Onwubuariri Onwunali, service of songs by the Eternal Sacred Order of Cherubim and Seraphim, social wake keep on Friday, the 21st of August, 2020 at her family compound Uhuala Udo in Ezinihitte Mbaise LGA of Imo State , attracted dignitaries and people of means and substance to Mbaise nation.

In fact, the ceremonial procession from the Morden Mortuary, Ogbor Nguru, Aboh Mbaise LGA where the deceased was embalmed down to her late husband's compound was grand and filled with pomp. The white golden spotted casket was stylishly balanced on the shoulders of the pallbearers all the way to the deceased house as the pallbearers engaged in a coordinated dance steps that appealed to musical aesthetics.

The long convoy behind the pallbearers, the huge crowd that danced as the procession extended into Udo village in Ezinihitte Mbaise from Achingali junction and the fleet of exotic cars all spoke volume of the way late Snr Mother in Israel, Bernadette Onwunali was appreciated and celebrated by her children especially Chief Akuro Ulo Na'Mbaise who mobilised his friends and business associates across Nigeria and beyond to celebrate the life and time of his beloved mother.

For a very good number of minutes, the ancient town of Udo stood still as the remains of Snr Mother in Israel, Bernadette Onwunali was being taken to Udo Technical Secondary School Field, Ezinihitte Mbaise LGA  for the Social wake keep.

The service of songs which was coordinated by the Snr Apostles of the Eternal Sacred Order of the Cherubim and Seraphim (ESOCS) , Mount of Charity, House of Prayer, Udo also had in attendance Snr Apostles, Elders from regional and National Headquarters of ESOCS.

At the service of songs and wake keep, prayers were offered for the repose of the soul of the deceased, her family, the land and Nigeria.

The funeral as expected, the School field was filled to capacity with dignitaries from all walks of life.

The reception and entertainment of guests at the Udo Technical Secondary School Field, was yet another gathering of A-list dignitaries as well as well wishers from within Mbaise Nation and Imo State at large. Chief Akuro Ulo Na'Mbaise had assembled the best highlife maestros , Gospel Musicians and legendary Nollywood Comedians; Chief Imo and Victor Osuagwu as master of ceremony, while musical group were on ground to serenade the receptive atmosphere.

As different music groups mount the stage, sizzled the air with their rhythmic numbers, there was wining and dinning, as choice menu filled the tables. 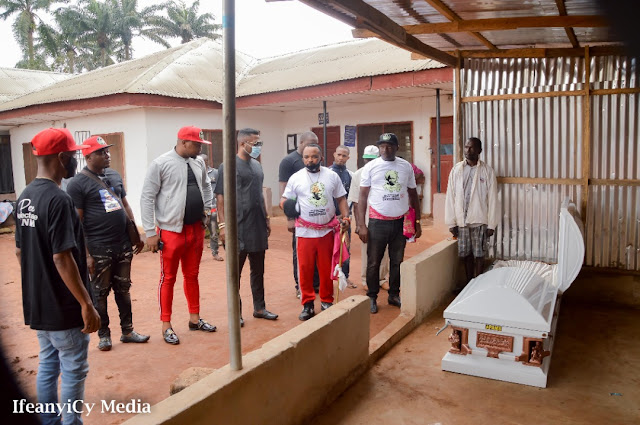 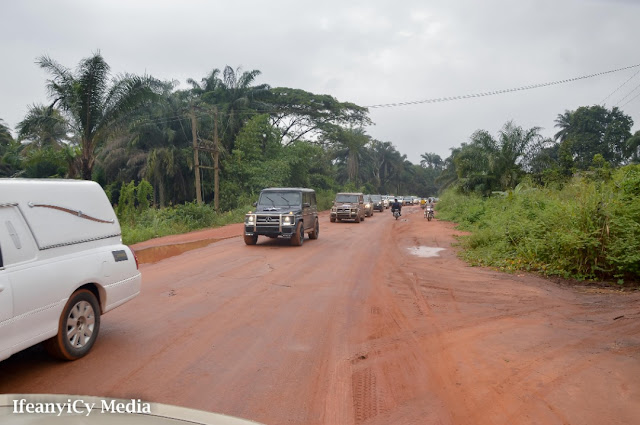 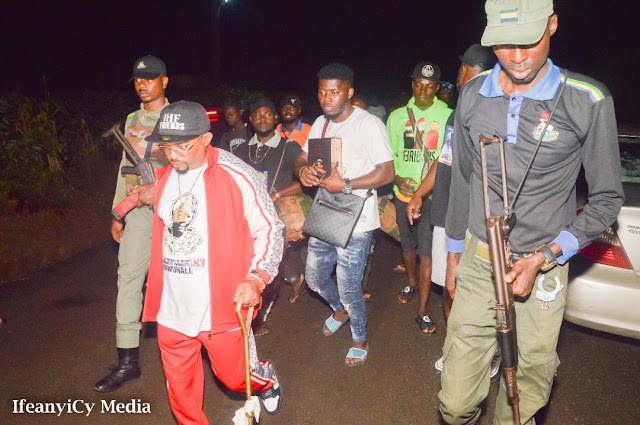 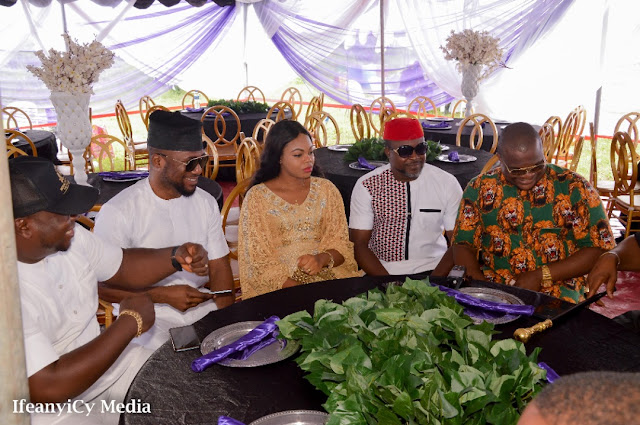 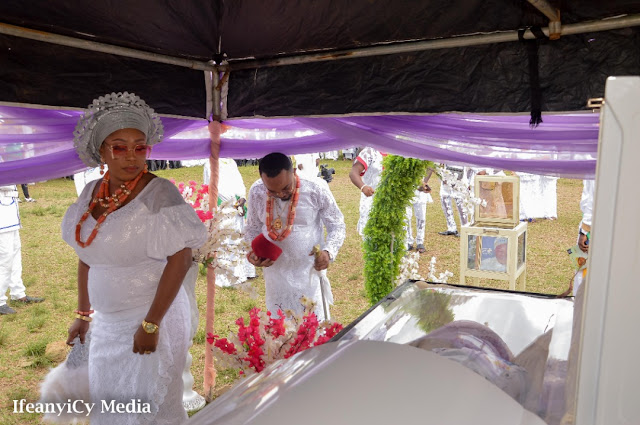 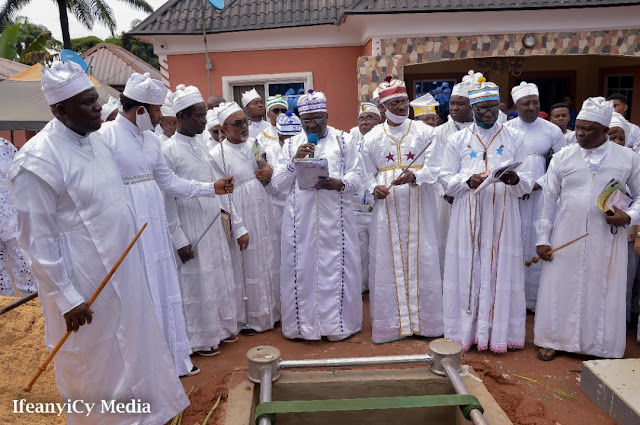 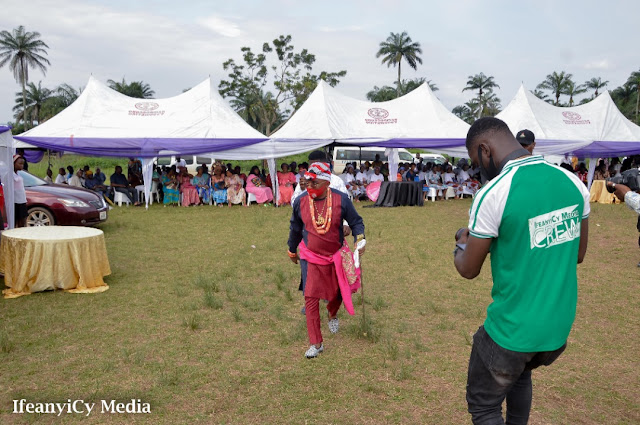 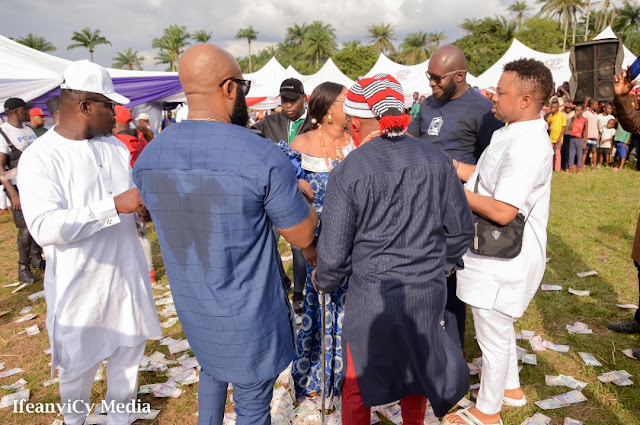 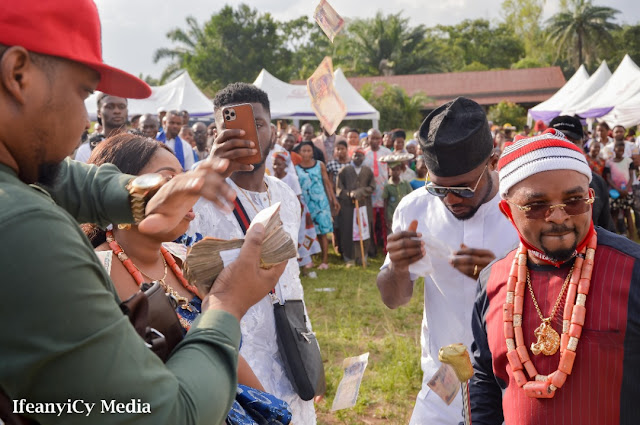 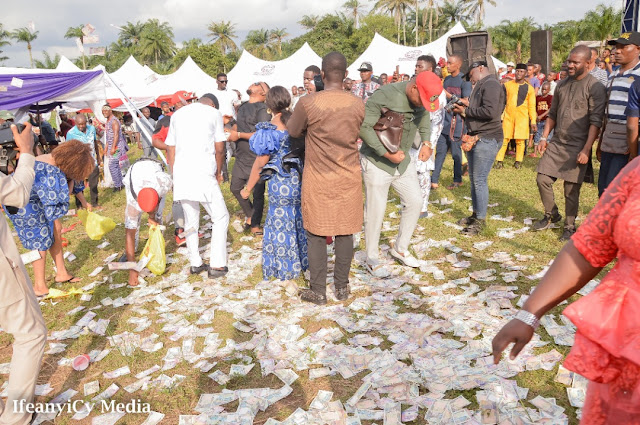 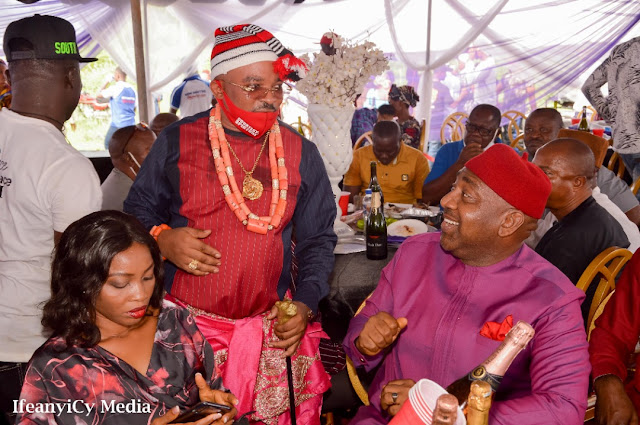 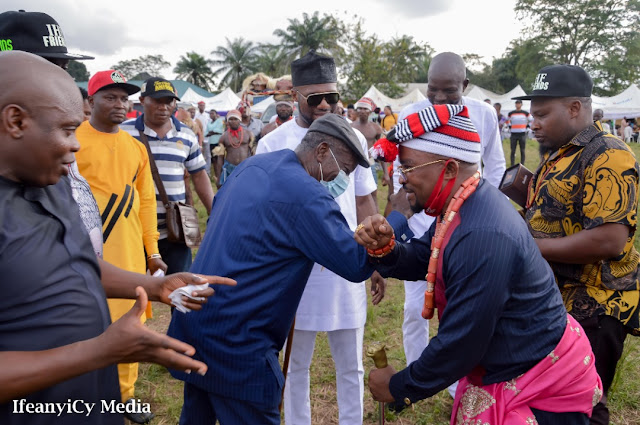 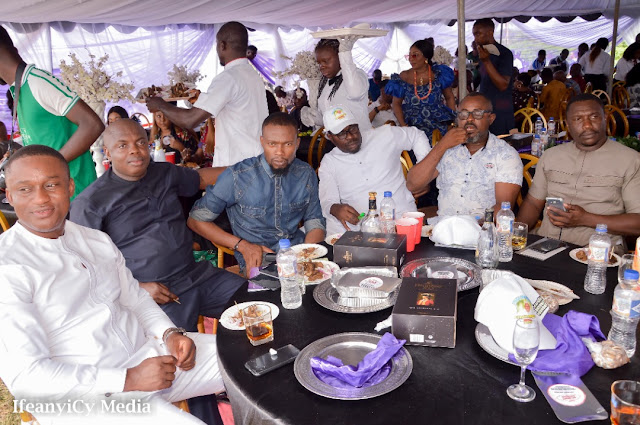 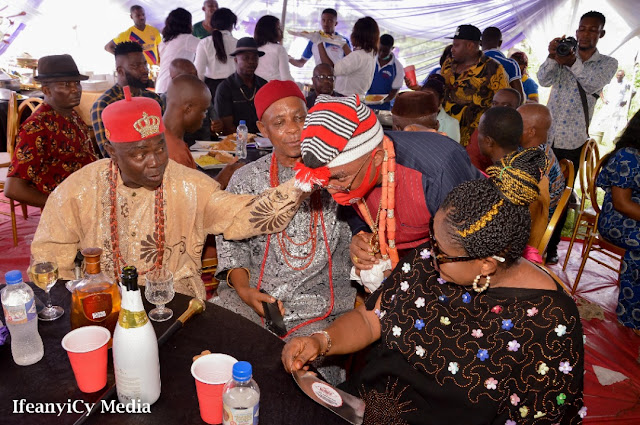 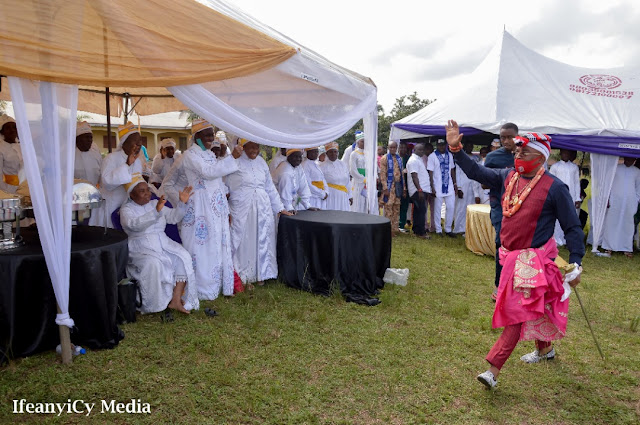 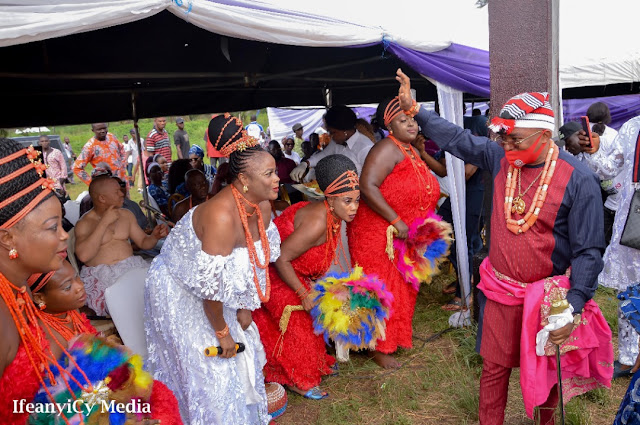 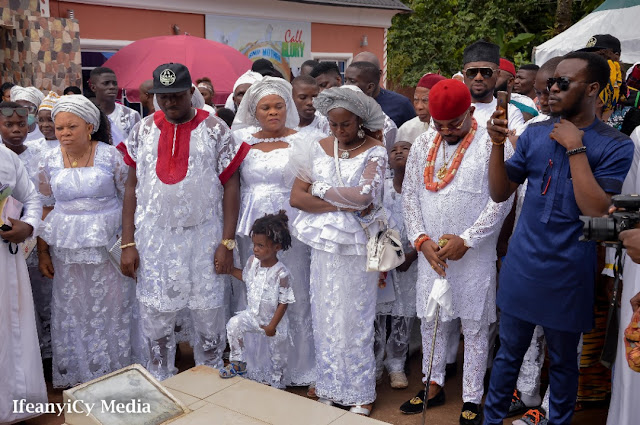 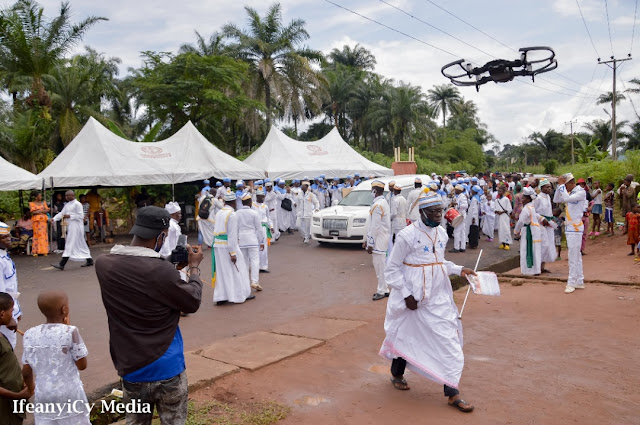 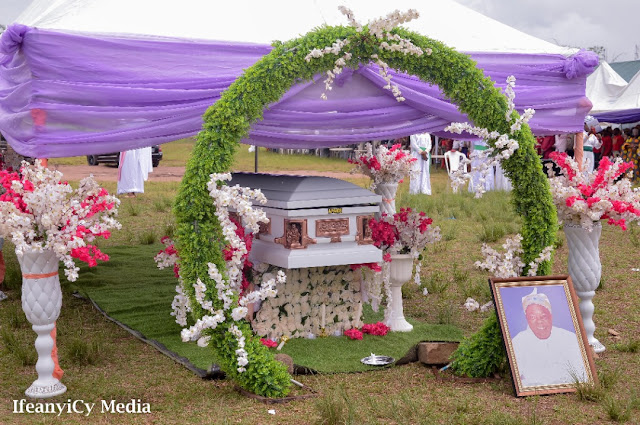 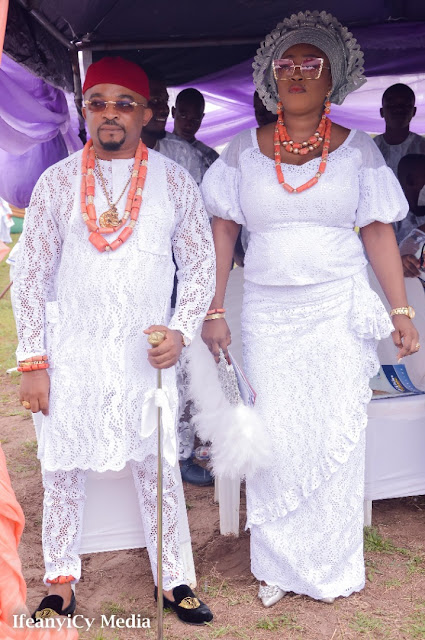 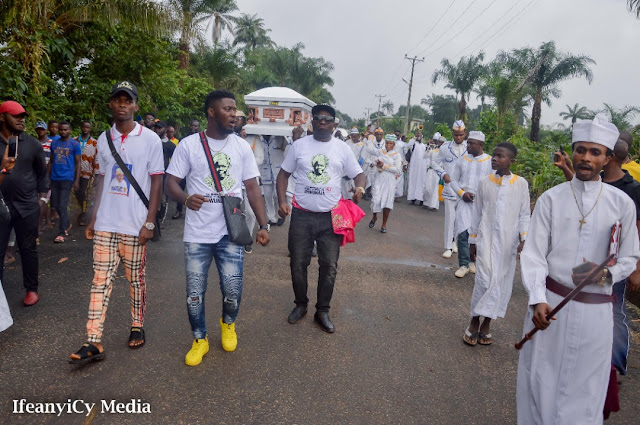 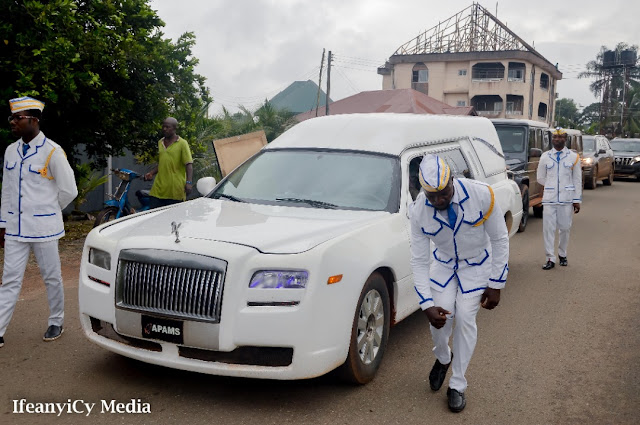 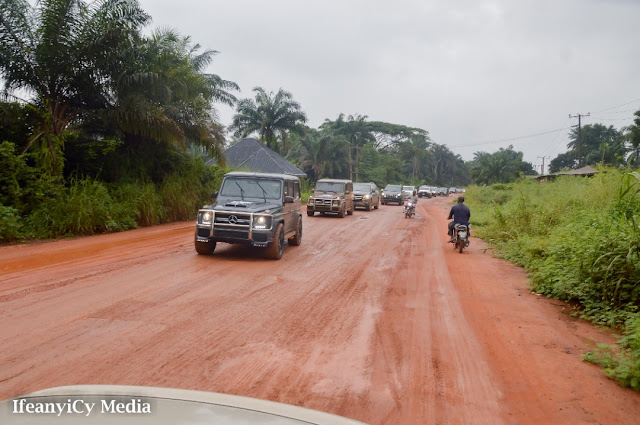 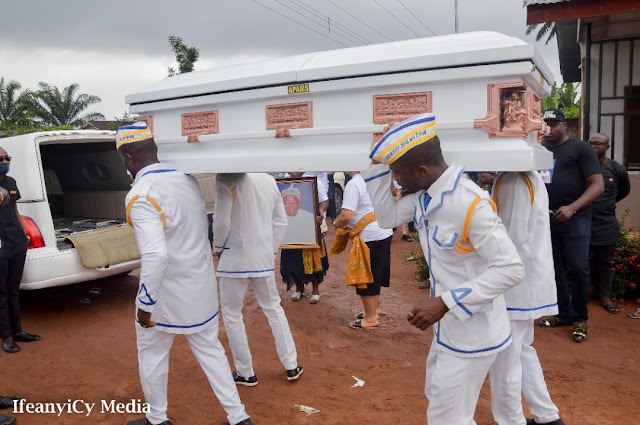