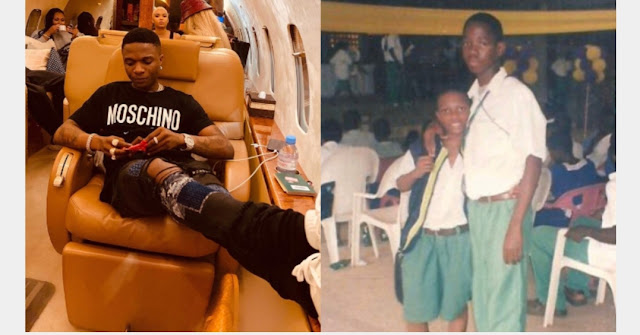 Do you know that Wizkid, now a millionaire was expelled from secondary school for stealing his mum’s gold ?

According to research, Wizkid dropped out from different Universities while he was pursuing a Tertiary education because of one reason or the other. It was learnt that the Starboy was forced to withdraw from Lagos State University, LASU, because his CGPA was very poor.

He went ahead to Lead City university where he later dropped out voluntarily to focus on his music career which today had earned him respect, money and a global phenomenon.

However now, the man on social media, @BiyiThePlug alleged that his mum came to report him to the school’s authorities which led to his expulsion from the school.

He wrote: “Wizkid moved his mom’s gold when he was in SS2 Ijebu Ode Grammar School, Set 06/07, his mom came to school to report and he was rusticated.”