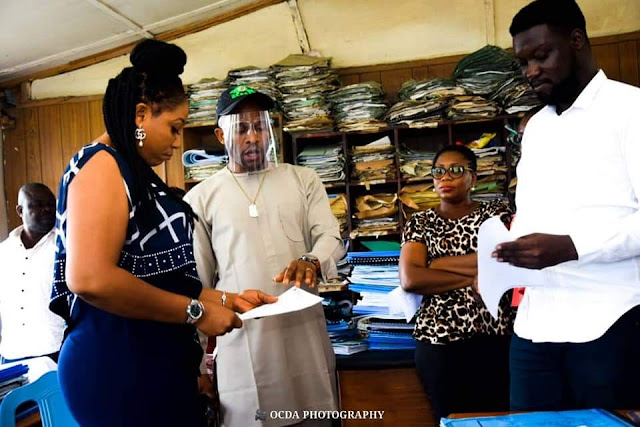 Sequel to the manifesto of the SA/General Manager, Owerri Capital Development Authority Engr. Innocent Ikpamezie on assumption of office to automate and digitize OCDA, an impromptu visitation was made to the OCDA ICT UNIT CENTRE.
The Head of the OCDA ICT unit was excited to inform the General Manager Engr. Ikpamezie that the portal for the automation and digitization is up and running and they have recorded a laudable success in scanning a good number of approved building plans as well as those still undergoing the approval process.
The ICT guru also informed the OCDA BOSS, that once a developer has been registered, the information about the building plan can be accessed by him from any part of the world (including the stages of the approval as long as he has internet and an internet enabled device). 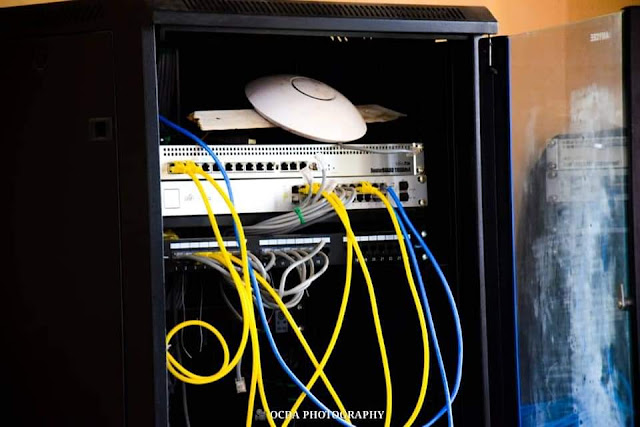 However, the GM also mandated them to integrate an automated SMS notification to all developers so as to get notified whenever their building plan moves to the next stage.
The OCDA ICT experts promised the GM that the launching of the portal and an all encompassing OCDA website would be achieved in no distant time.