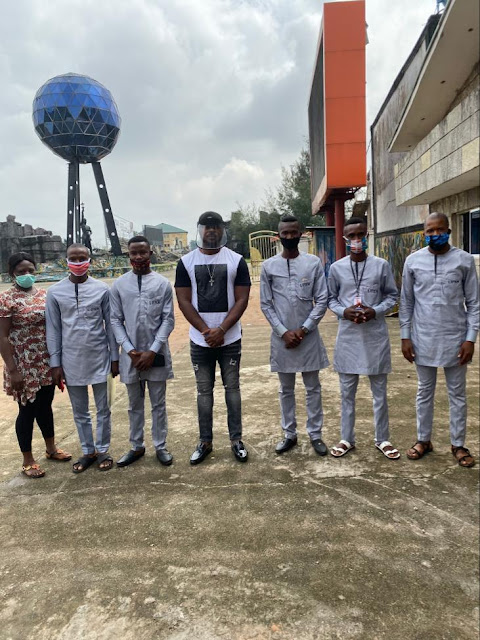 The Special Adviser to Imo State Governor on Entertainment, Hon. Bobby Uchechukwu Michaels has assured the Imo Progress Youth Association, Mbaise chapter of his support and the governor's desire to restore entertainment in the State not leaving any Imo Youth or Group of entertainment behind
The Special Adviser called on them to accept peace and join to support the three "R" mantra of the governor,  Senator Hope Uzodinma which is to Rebuild, Restore and Recover, adding that he will Rebuild Imo State Entertainment, Restore the lost glory and Recover what has been taken away by the bad leaders who hide under the umbrella of PDP.
He said for this to be achieved, they have to be loyal to their leaders and called on the leaders to be good example to their followers.

They group congratulated the Special Adviser for his merited appointment and assured him of their support to achieve his good plans to restore the lost glory of entertainment in the State.
They also pledged allegiance to the State governor for finding him worthy to man the office which they believe Hon. Bobby Michaels will deliver, adding the restored peace in AGN (ACTORS GUIDE OF NIGERIA) , Imo chapter within two weeks in office is an evidence that he will deliver.
Speaking, the Head of Office to the Special Adviser, Lady Stephanie Ubochi called on them to always visit the office of the SA with any report of wrong move they notice and creative ideals that will make Imo Entertainment to beat other States.