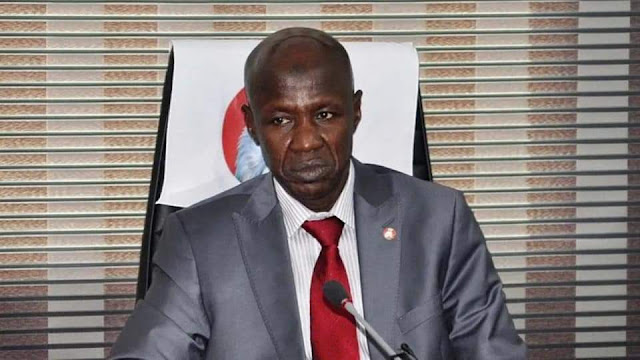 Suspended Acting Chairman of the Economic and Financial Crimes Commission (EFCC) Ibrahim Magu, who is under investigation by a presidential panel, has requested bail from custody.

Magu, who rose to the rank of a commissioner of Police had written a letter through his lawyer and addressed to the Inspector General of Police pleading he assist him secure bail on self recognition. The suspended acting EFCC boss had spent the fourth day at the Force Criminal investigation Department (FCID).

Magu has been detained at the FCID since Monday when he first appeared before the panel.

The presidential panel is probing Magu for allegations of misconduct levelled against him by Minister of Justice and Attorney-General Abubakar Malami.

The Director of Operation at the EFCC has been instructed by Nigeria President, Mohammadu Buhari to take charge of the operations of the commission as acting chairman pending further directives.