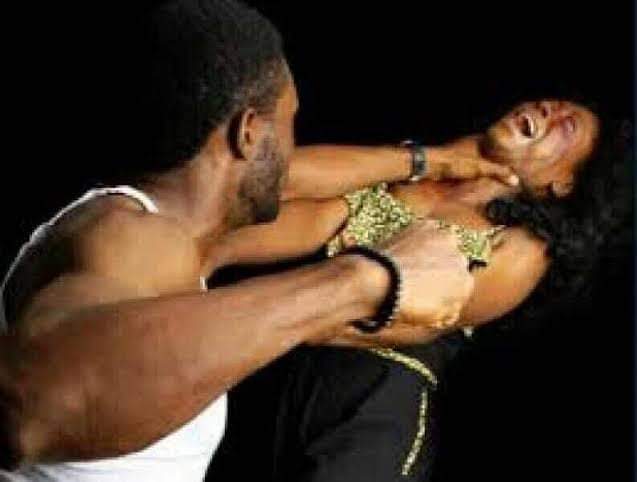 A 25 year old Lady from Oboama Ezinihite Mbaise but married to a man of about 40 years old has committed sacrilege by biting of her husband’s manhood in Umuofuga Umuhu in Aboh Mbaise Local Government Area.
The Couple who has three children, two boys and a girl were said to have bit each other mercilessly on the breast and manhood.
Narrating the incident, a cousin to the victim, Mr. Udochukwu Nwimo said that early morning on Sunday, May 31,2020, the ex-boyfriend of the lady came and picked her up from her husband’s house on motor bike and brought her back very late, making the husband to accuse her of sleeping around.
“A fight ensued, which lasted for about two hours. People intervened and settled the matter. It was when they retired for the night that the lady who has excess body weight pounced on the man again and went straight for his groin and almost bite it off. It was the man’s shouts that attracted their neighbours who took the man to hospital,” said Udochukwu. He recalled that three days before the incident, the lady was suspected to be on hard drug and flogged her husband mercilessly with opete stick. According to him, the victim instructed him not to allow the lady stay a single moment further in her matrimonial home, which made the youths of Umuofuga to bundle her back to her parents in Oboama.
He said it was the youths of Oboama that took the lady to Aboh Mbaise Police Divisional Headquarters before going to see her husband in the hospital, where the doctor assured them that the man who could no longer urinate as a result of the injury on his private part.
Confirming the story, the DPO of Aboh Mbaise Police Divisional Headquarters, Ibiba Thom Manuel said the lady sustained several bite injuries on her body with a deep cut on her breast, which made the police to allow her to be taken her to the hospital for treatment.
According to him, the police would keep monitoring the couple until they get well before the matter could be looked into.
— Nonsonkwa