Naira Marley reacts to Executive Jets CEO shades on Him 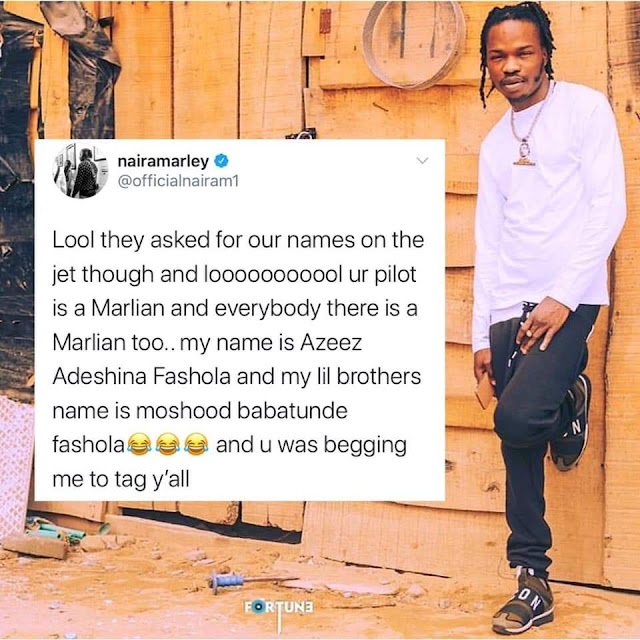 — "Do you know that over 20,000 Marlians travel with Executive Jet a month. We won't be using your useless airline again for calling us useless."

Nigeria music sensation, Azeez Fashola popularly known as Naira Marley had responded to the abusive words deployed by the Chairman and CEO of Executive Jet Services;  the airline suspended by the Federal Government for ferrying him along side his crew members from Lagos to Abuja and back to Lagos. He cleared air on the controversial flight, saying that he didn't book the flight himself.

Naira Marley angrily said "Do you know that over 20,000 Marlians travel with Executive Jet a month. We won't be using your useless airline again for calling us useless. Thank God we did crash on that flight shaa because we nearly did. BTW, we didn't book the flight ourselves."

Continuing, the controversial music artiste reiterated saying ," Lool they asked for our names on the jet though looooooooool ur pilot is a Marlian and everybody there is a Marlian too. My name is Azeez Adeshina Fashola and my lil brother's name is Moshood Babatunde Fashola and you were begging me to tag y'all." 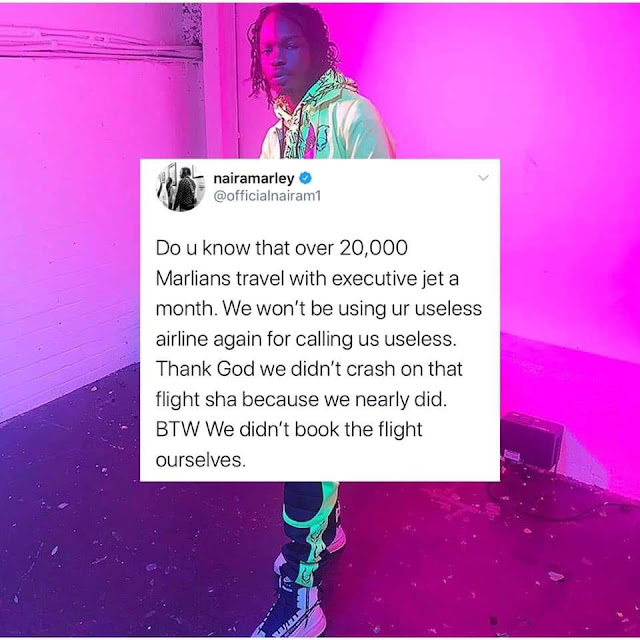 There had been outrage when video emerged of Naira Marley disembarking from the plane on landing in Abuja while he also hosted a concert at Jabi Lake Mall despite the interstate lockdown and flight restriction.

Chairman/Chief Executive Officer of the airline, Mr. Sam Iwuajoku, explained that the airline was misled that the flight was operated to airlift Minister of Works, Mr. Babatunde Fashola and not the popular musician, Naira Marley, whom he referred to as "bunch of useless people".