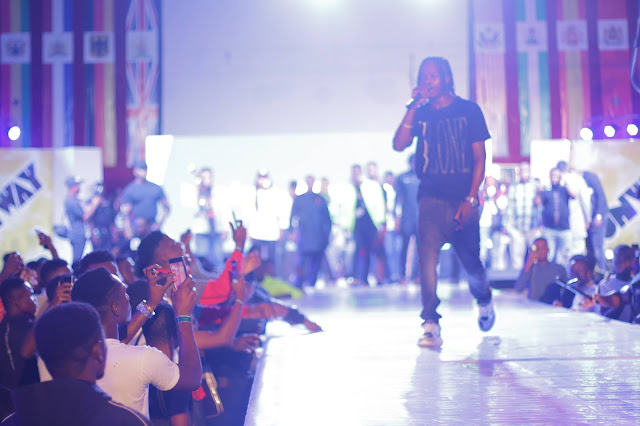 The great lengths Naira Marley had to go in order to keep his clients and fans entertained is wonderful. However, considering the covid-19 restrictions imposed by both federal and fct administrations, his action could be qualify as audacious impunity.

But have our politicians not being flouting these restrictions? By my thinking, entertainment is more of an essential service than political meetings going on here and there all the time.

The other day, a governor received an award from a group of plaque sellers who came from over a thousand kilometers away. Is the giving of unmerited awards more essential than entertaining some bored, fun-starved citizens? I do not think so.

That show by Naira Marley saved more lives than a thousand political meetings. It probably saved us some security breaches, as a happy mind has little time to think about crime. Those criminals might have kept off from crime at least for that night. Political meetings and other political activities, on the other hand encourage crime.

Naira Marley would have been the new Fela for his generation, but for his seeming carefulness in talking about political issues. He has the courage and the defiance. If he could transmute the energy and creativity he has invested in promoting social nonconformity to shining the light on political iberiberism that is ruining our nation, then, we would have had a reincarnate of Fela in him. Unfortunately, he is busy promoting his own version of social iberiberism.