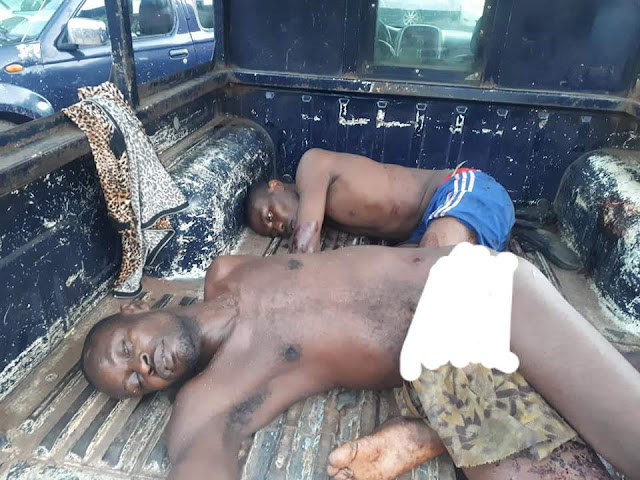 The Operatives of the Anti- Kidnap unit of the Imo State Police Command, Owerri, headed by CSP Linus Nwaiwu had carried out a bravery action today, Monday 8th June, 2020, when they arrested a kidnap kingpin, Sampson Okorafor and gunned down two others after exchange of gun fire.

The incident which took place at Emeabiam, in Owerri West LGA of Imo State, was after a tip off to the anti-kidnaping Special Unit of Imo police command of four armed bandits terrorising residents of the area and kidnapping those suspected to be well-to-do individuals.

The operative was said to have swung into action following the kidnapping of one Mr Chijioke Amadi aged 42 years old, a native of Ibeku Okwuato in Aboh Mbaise LGA but resident at Naze, in Owerri North LGA of Imo State.

The force unit, IfeanyiCy blog learnt, received a distress call of four armed men with ash colored Volkswagen Car who allegedly blocked and kidnapped a businessman. They immediately mobilized and stormed the kidnappers hideout at Umuokpo, Emeabiam in Owerri West LGA equipped with enough intelligent information about the suspects.

The suspects on sighting the operative of the anti-kidnap squad led by the OC Anti-kidnap unit, CSP Linus Nwaiwu, opened fire on the police , but were overpowered by the superior firepower of the men of Imo police command, who arrested their kingpin (Sampson Okorafor-Abia State ) and gunned down two other gang leaders namely Sunday Emmanuel from Abia State and Ochendo from Ebonyi State , while Chijioke from Emeabiam escaped.

During the arrest, IfeanyiCy blog learnt that 2- AK47 riffles, 90 rounds of live ammunition and Volkswagen car were recovered while the kidnap victim was rescued alive and reunited with his family.

A source told IfeanyiCy Media that the successful operation followed the continued support the Anti-kidnap unit is receiving from the Imo State police commissioner, CP Isaac Akinmoyede and the government of Imo State,led by His Excellency Senator Hope Uzodinma. 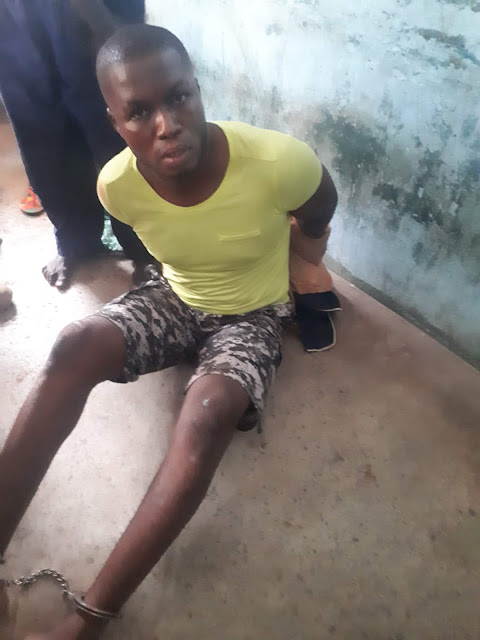