Bracket, most wanted Kidnapper/Cultist Dies in Gun Battle with Police in Imo Community 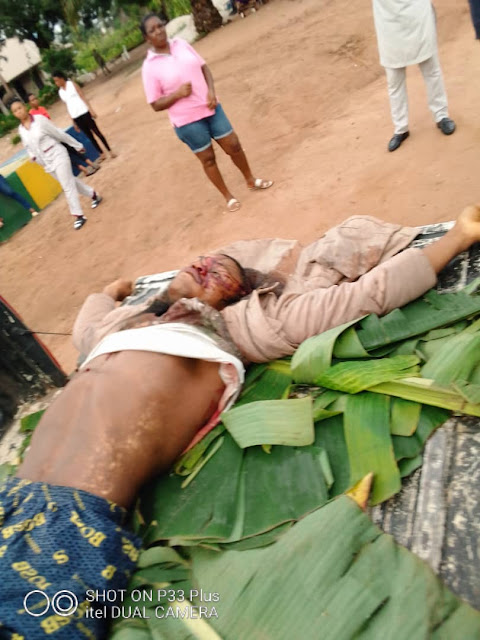 Notorious kidnap kingpin and leader of dreaded cult group operating in Ohaji/ Egbema LGA of Imo State, Chijioke Onyeze, popularly known as Bracket, has lost his life during a gun battle with operatives of the 34 Field Artillery Brigade, Obinze, IfeanyiCy blog learnt.
The deceased had been on the wanted list of Imo State police command over various criminal activities, ranging from murder cases, killings, kidnapping and cult related crimes.
According to police report, "It's noteworthy that the Kidnap Kingpin, BRACKET was behind all the killings in Ihie, Obiti and other communities around Ohaji/ Egbema local government Area, notable among his victims were; Obioma Iheka, killed on 6th April, 2020, Maduakolam Nwoguzo, killed on the 14th, April, 2020 and Alozie Amadi, killed on the 4th, June, 2020". 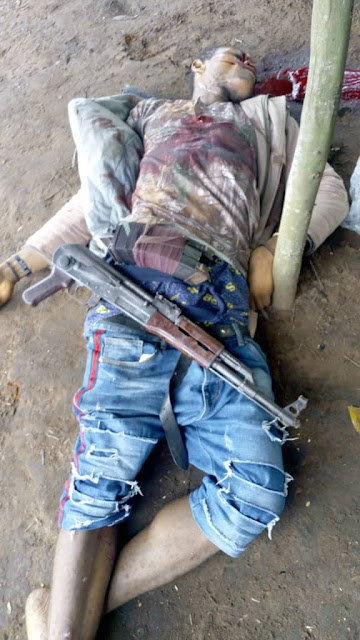 His death threw the communities in the Oil rich Ohaji Egbema area into wild jubilation .
The Imo State Police Public Relations Officer, Orlando Ikeokwu, who confirmed the death of 'Bracket', explained that the suspect was traced to his hideout by the men of the 34 Field Artillery Brigade, Obinze, who shot him dead during exchange of gun battle on the 14th of June, 2020 and brought the corpse to the divisional Police headquarters, Ohaji Egbema LGA for onward movement to police headquarters, Owerri.
IfeanyiCy Blog learnt that, one AK 47 rifle with live ammunition were recovered from him.
Meanwhile, "efforts is being intensified to arrest his gang members some of whom escaped with gun shot injuries" , Orlando Ikeokwu explained.