Menu
Home » Opinion » THE TRUTH ABOUT THE STRUGGLE FOR THE ESTABLISHMENT OF THE ISOPADEC.

THE TRUTH ABOUT THE STRUGGLE FOR THE ESTABLISHMENT OF THE ISOPADEC. 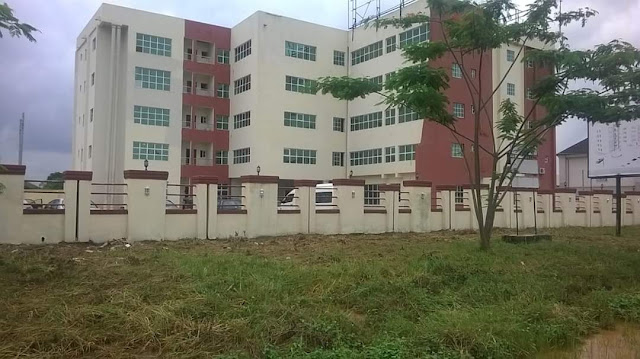 The unending political drama about who achieved what on the mandate of the people has become a nuisance, absolutely kindergarten. And such negative engagement in careless and fruitless tantrums should be disabled and discontinued for the development and improvement of the long deprived and marginalized people and environment of the Oil Producing Areas of Imo State.

Going forward , the establishment of the Isopadec , including the precursor called the 13% Oil Derivation Committee , had the contributions of several stakeholders.

For the 13% Oil Derivation Committee, Dr. Placy Ekwueme and Chief Charles Orie played very pivotal roles anchored by Chief Goddy Esom Obodo as the then Honourable Member of the Imo State House of Assembly between 1999 to 2001. The pressure from the trio of Ekwueme and Orie and Obodo compelled the Achike Udenwa administration through the then Secretary to the State Government, Nze Ignatius MO. Umunna to constitute the first 13% Committee. This Committee had Ekwueme and Orie and Chief Bartram Nduka as members from the Ohaji/ Egbema Local Government. And this Committee as announced collapsed naturally without inauguration.

And another 13% Committee was composed in 2003 while The Right Honourable Goodluck Nanah Opiah was elected for the first term as the Honourable Member of the Imo State House of Assembly. This second Committee had Chief Oputa Iwuorisha as the Chairman together with Opiah, HRM Eze SNA Uzor , Professor Gabriel Maduka Umezurike , Kenneth Ekwueme ( Degree ) and others from the Oguta Local Government as members as well. This Committee upon inauguration, toured the Oil Producing Areas, and made impressive impacts though with challenges in fundings as the State Government released funds as it considered convenient because of the absence of a legal or legislative framework...

Flowing from the challenges in fundings occasioned in the main by the absence of legal or legislative framework, Opiah commenced the process of raising a Bill for the establishment of a body known to law with clearest powers and authority in existence.  Hurriedly, the State Government raised another Bill similar in purpose but without deepest contents in power and authority for the establishment of a body through the then The Honourable Attorney General / The Honourable Commissioner for Justice , JTU Nnodum , SAN.

In the final analysis, Opiah, himself been the Hon. Chairman of the Orlu Zone Caucus of the Imo State House of Assembly then, and through the unconditional support of the Honourable Members from the Orlu Zone , perfected the Bill upon sorting out the grey areas with The Honourable Attorney General.

The then Honourable Speaker of the Imo State House of Assembly, The Right Honourable KK Nwagwu approved the Bill upon the survival of all the  legislative processes by the majority of The Honourable Members.

The Assent to the Bill by His Excellency, Chief Achike Udenwa was politically delayed until the twilight of the then administration. The success in the Assent to the Bill necessitated the composition and the inauguration of the first Board of the Isopadec on May 27, 2007 which HRM Eze SNA Uzor chaired with executive powers and authority.

It would be most immodest not to acknowledge the roles of Prince Eugene Dibiagwu and Chief Chris Amadioha which duo provided the needed resources for the extensive lobbying for the realization of the Opiah struggle in legislative breakthrough and excellence. This was acknowledged by HRM Eze SNA Uzor in several fora.

Mention should be made of the indelible roles of HRH Okiro , of the blessed memory , as well as the Kings of the Boys then including Sixtus Odinaka, Ajie Collins , Barr. Temple Okonji , Thaddeus Nwachukwu , Engr. Emeka Uzoka , Frank Odinga , Barr. Chuks Otikpo, Henry Nwabueze , Chidex Orums , Osinachi Admimoha ,  Rollyns Ohagwam , Onyenwoke Christopher Mackabee and the various Communities' Youth Presidents anchored by Andrew Nwokotubo and James Ogbanja. These sets of contributors ignited the required threats needed by Opiah for the realization of the establishment of the Isopadec.

Fundamentally, the success of the establishment of the Isopadec as a legal and legislative framework should rightly be ascribed to the Right Honourable Goodluck Nanah Opiah holistically save for the chronicled collaborations outside of the House of Assembly.

Worthy of mention should be made of the executive benevolence of His Excellency, Dr. Ikedi Godson Ohakim for sustaining the hurriedly arranged executive Assent as well as the inauguration of the first Board of the Isopadec. Ordinarily, the Ohakim administration would have frustrated the funding of the Commission since a Governor from the Orlu Zone paid lip service to the well-being and development and empowerment and the improvement of the people and the environment of the Oil Producing Areas of Imo State. And still, Opiah had imprints here as the Presiding Officer of the Imo State House of Assembly then as the Hon. Speaker. Truthfully, this glory counts for The Right Honourable Goodluck Nanah Opiah.

Let Truth prevail always.
And let peace and tolerance and mutual respect be enthroned in the Oil Producing Areas of Imo State.