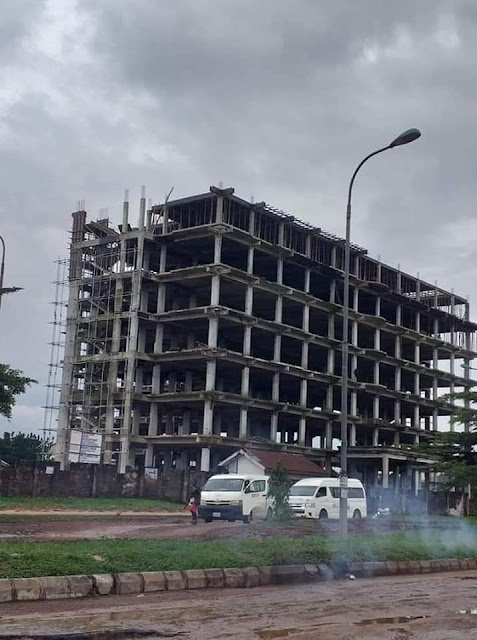 Since Thursday, April 30, 2020 when the 8-storey building at Yardua Drive Owerri collapsed, there have been claims and counter-claims over who did what and who didn’t do what, concerning the collapsed building.

The most disturbing of the whole claims was the one by the agents of the short-lived government of Chief Emeka Ihedioha. And in their usual way, which however, has never helped them, they tried in vain to piss on the truth about the collapsed building. They tried to drop the blame on the doorstep of the former governor, Senator Rochas Okorocha without telling their audience why.

The truth of the matter is that, the government of Owelle Rochas Okorocha never gave approval for that building or project which began in April 2018. They came with the application for approval, but the approval was never given because the government insisted on seeing all the necessary documents with regard to the building. And we want anybody with any counter verifiable Claim to come up with it.

And in their application, they had talked about 5-floor building and not 8-floor. And the government then demanded for all the specifications before the approval could be given. They were not forthcoming, but went ahead with the project.
And when the government saw that the project was going on, it ordered that it should be stopped.

That was the situation until Chief Ihedioha’s government came on board. Nobody knew what those concerned told Ihedioha that made him to ask them to continue with the building. While at the site, Chief  Ihedioha was seen in the video talking about agents of the former government asking for “kickback”. If kickback was the case, he would have perhaps, got the approval. So, it could not have been the issue of kickback. The government then insisted on seeing and scrutinizing all the relevant documents before giving its approval. That was the scenario.

Under Ihedioha’s government, the owners of the building did not only continue with the building with suspicious speed,  but exceeded the 5-floor as contained in their application and made it 8-floor structure.

Let anybody with anything in the contrary make it public.

The government of Ihedioha, in its desperate efforts to ruin or discredit all that Okorocha did, burnt its fingers to a very large extent and the facts are beginning to unfold, including the truth about the N48.5 billion the former governor said he left behind for them. They denied it, but today, the banks’ statements of account have vindicated or justified Okorocha’s claim.
All in all, people should always bear in mind that the life span of lies is very short.  Only the truth lives long or has long life.