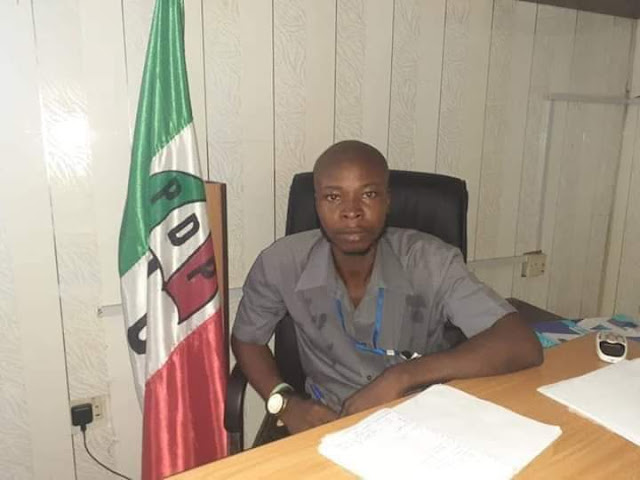 It's no more news that the department of the State Security Services, DSS, has detained the Director General of the New Media of the Imo State chapter of the Peoples Democratic Party, PDP, Mr Ambrose Nwaogwugwu over issues alleged to be related to Cyber Stalking, Forgery and Defamation of Character. Cyber-stalking

The Imo State Attorney General and Commissioner for Justice, Barr C.O.C Akaolisa has reacted to the accusations of unlawful detention saying that the DSS secured order of the court to detain Ambrose Nwaogwugwu.

Bar Akaolisa writing through his social media handle said  "Ambrose Nwaogwugwu is being lawfully detained by an order of court obtained by the DSS. He is not under unlawful detention. Imo government under my watch will observe due process and adhere strictly to the rule of law."

The State Chief Law Officer said "Ambrose Nwaogwugwu's offence is not that he called His Excellency, Senator Hope Uzodinma a supreme Court Governor." 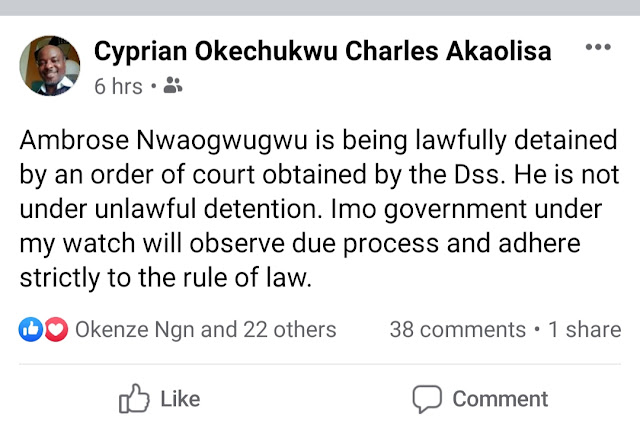 Meanwhile, sources close to DSS has confirmed to IfeanyiCy Blog that, Mr Nwaogwugwu will be arraigned to court in a short time. The source revealed that attempt by the Peoples Democratic Party Imo State Excos and former Secretary to Imo State Government who led other PDP stakeholders to secure his release proved abortive.

IfeanyiCy Media & blog learnt that after a brief meeting with some party leaders, the head of the DSS promised to release Ambrose before 5pm yesterday, but unfortunately, instead of releasing Ambrose, a court order was obtained to keep him under DSS facility pending his arraignment in court.