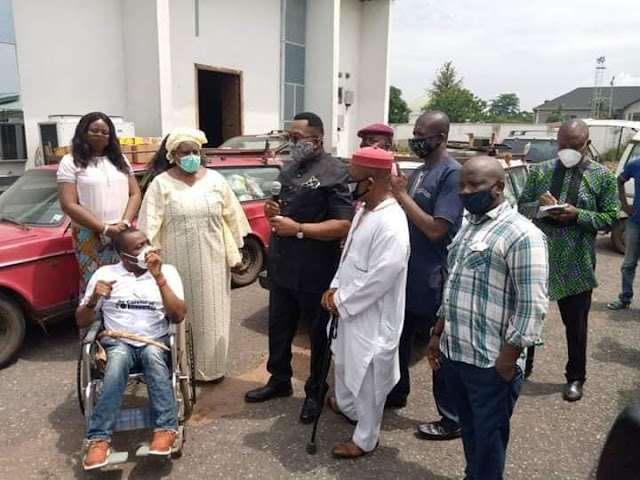 —Donates 500 Bags of Rice to Association of Imo Disables

Imo state Governor, Senator Hope Uzodinma has approved the appointment of Dr Samuelson Emehibe as Special Adviser to the Governor on Special Citizens and Mr Charles Onyeze as Senior Special Assistant on Special Citizens.
Handing the letters of appointment to two Imo sons living with disabilities as political appointees of the Governor, the Chief of Staff, Bar Nnamdi Anyaehie charged the new SA and SSA to carry their colleagues along in discharge of their duties.
The Chief of Staff, Bar Nnamdi Anyaehie onbehalf of the Governor, Senator Hope Uzodinma also handed over 500 bags of rice and noodles as palliatives to the association of disables in Imo State through their representatives.