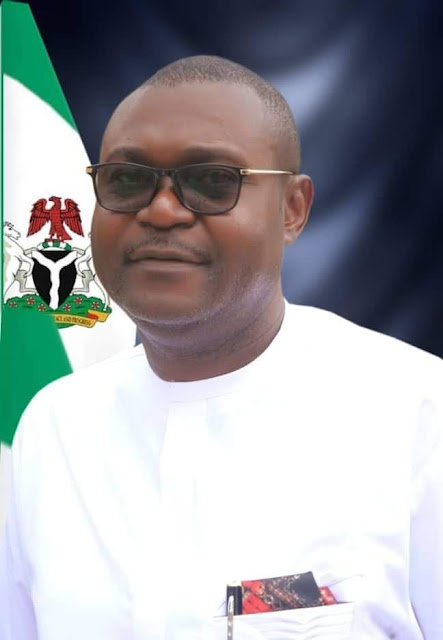 —  "YOU MUST FACE THE FULL WRATH OF THE LAW; THE TRUTH ABOUT THE MISSING N19.6BILLION UNDER YOUR WATCH MUST BE UNRAVELLED".

You Are Scared Of Being Probed But Very Brave In Stealing N19.63 Billion In Less Than 8 Months, you are terrible.

I advise those questioning the on going probe in the House of Assembly over the siphoning of N19.6billion LGA funds, to tarry a while and see things beneath the surface.

First thing first, Public Accounts Committee is a Standing Committee of the House with oversight legislative powers over the spending of all public funds in the State.

All the Standing Committees of the current Imo state House of Assembly including PAC were all constituted by Rt. Hon. Emeka Ihedioha when he was Governor. I remember accusing the Mbutu born illegal Governor for constituting the House Standing Committees in his bedroom and foisted the list on the Speaker Dr. Chiji Collins to announce before the plenary.

It is also worth mentioning that the current Governor of Imo state Sen. Hope Uzodinma upon assuming office, inherited those Standing Committees created by Rt. Hon. Emeka Ihedioha.

Sen. Uzodinma, a man with incredible democratic credentials refused to change or even alter the Standing Committees as constituted by Ihedioha, rather he charged them to work hard and promote Executive-legislative harmony.

It is totally absurd seeing Ihedioha  vilifying the same PAC which he singlehandedly constituted for carrying out their legislative responsibilities. It is even more senseless seeing rookies and hirelings castigating the leadership of the House for instituting a probe over the missing LGA funds. It is also important to educate those biased minds out there in PDP that the Deputy Speaker of the House Rt. Hon. Amara Iwuanyanwu became a member of PAC by virtue of his position as DS. He was never a member of PAC abinitio. People should stop talking nonsense and allow constituted authorities to do their work.

Why would the almighty Ihedioha, a man who claims to have Passed through the legislative tutelage and schooling, having been a member of the House of Reps for three consecutive uninterrupted times, one would have expected him to freely support and subject himself to due legislative scrutiny and processes.

If Ihedioha is innocent, why is he afraid of any probe? Why is he fighting and doing everything to sabotage the probe? Why rushing to the court to stop the House from performing their duties? What is he hiding that he doesn't want Imo people to know? Time shall tell.

Thank God, this is not an Executive Judicial enquiry instituted by the Governor. This is a probe by another arm of government (The Legislative). Imo people are anxiously waiting for the outcome of this probe. N19.6billion cannot develop wings just like that and disappear. Let Ihedioha carry his cross. The PAC members cannot be intimidated and cannot be stopped from performing their constitutional role.

Be an apostle of the shared prosperity government, support every move geared towards recovering our stolen money and properties.