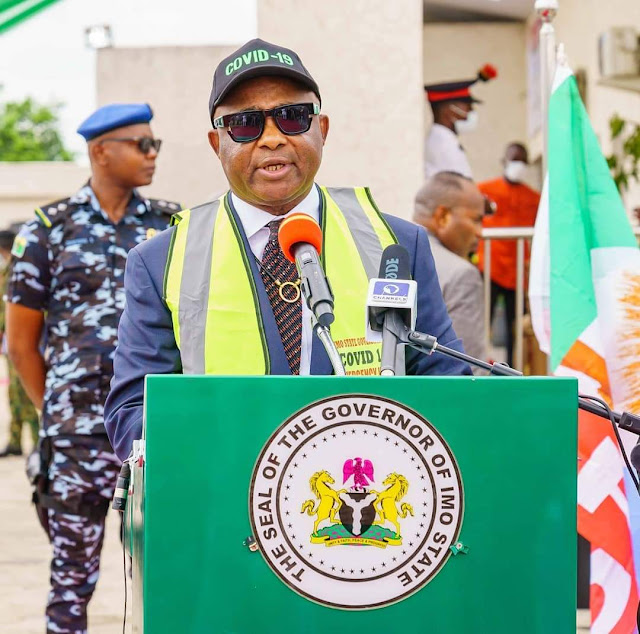 A statement in owerri yesterday by the state commissioner for information and strategy, Declan Emelumba, said the pension payments cost the government almost 400 million Naira.

Recall that retired Judges and  other retirees from the state judiciary had last month paid a courtesy visit to governor Hope Uzodinma at the government house wherein they pleaded with him to save them from excruciating hardship occasioned by the non payment of their pension arrears.

" This government does not accept a situation where government money must first be paid into a private individual's account, in the name of a consultant, who then pays the Pensioners from his account. Meanwhile the so called consultant is paid handsomely just for being an avoidable third party between the government and Pensioners " the statement said

The statement added that the government has  called for  details of the contract between the consultant and the state government without success and regretted that there are no clear records on ground  to show who got what and how.

Emelumba listed the tardy consultancy arrangements , the absence of the past government's  claimed  biometric data of Pensioners and the reluctance of the consultant to come forward with information on his previous transactions with the government as factors that have contributed in delaying payment of pensions in the state.