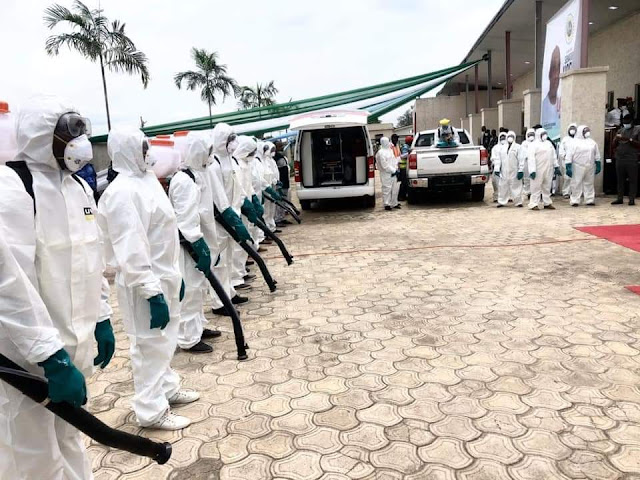 Imo government will today,  April 5, 2020 embark on a fumigation exercise across the nooks and crannies of the state.

This is in pursuance of the best measure to prevent the Covid-19 pandemic from finding its way into the state.

In a press release signed by the Chief Press Secretary to the Governor, Oguwuike Nwachukwu, the government has directed that social activities be completely shut down in the state to enable the pilot fumigation exercise take full effect.

The release said that the fumigation exercise will go round the 27LGAs of Imo state and  ensure no community is left out. 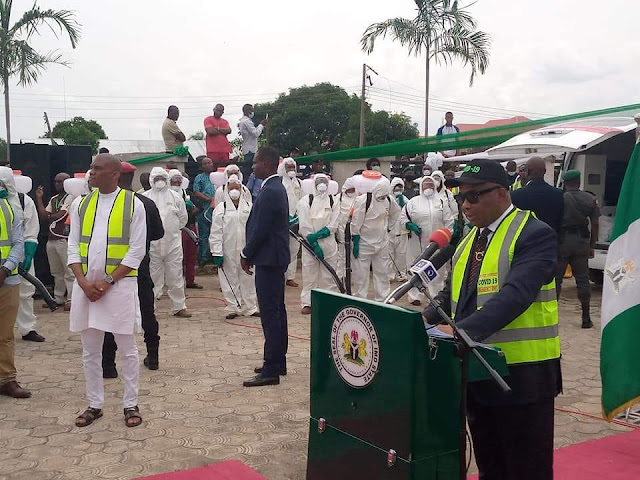 The Governor has therefore directed the operatives of the Imo State Joint Security Outfit, 'operation search and flush' to ensure comprehensive enforcement of the directive on suspension of all activities including religious, political, economic and sociocultural among others.

According to the release, the pilot fumigation exercise had commenced work on Friday, the Governor has directed that a full-blown exercise begin today from the state capital, Owerri.

Bigtruth learnt that the fumigation will go a long way in preventing the Covid-19 and other viral diseases from entering the state.

Recall that the government, in its resolve to keep the virus at bay, has opened six different isolation centres in the state and engaged best hands from the National Centre for Disease Control to that effect.

Meanwhile, the Governor has appealed to Imo people to abide by the directives, adding that the steps being taken so far by the government, were to the best interest of all.