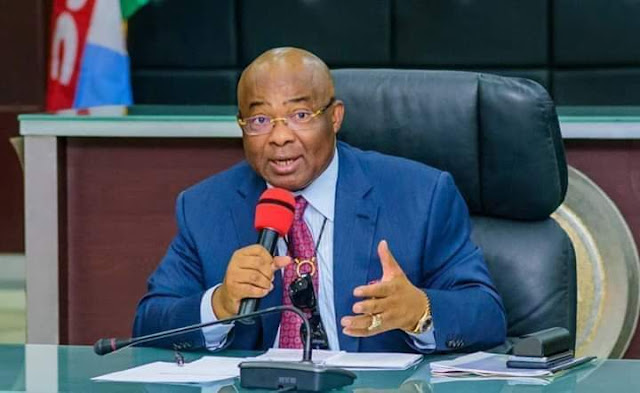 The Imo State Governor, Hope Uzodinma, has called on members of the opposition party in the state to join the movement to make the state better.

He made the call on Tuesday in an interview monitored by IfeanyiCy blog, in Owerri the Imo State capital.

The governor’s remark was in reaction to the verdict of the Supreme Court on the application to review its judgement on the March 9, 2019 governorship election in the state.

In the suit, the candidate of the Peoples Democratic Party (PDP), Emeka Ihedioha asked the court to re-examine its judgement which removed him from office after about 10 months.

Ihedioha, faulted the declaration of Uzodinma as the Imo State governor and asked the court to return him back into office.

The application was, however, dismissed in a majority judgement of a seven-man panel of judges led by the Chief Justice of Nigeria, Justice Tanko Muhammad.

Six of the judges on the panel agreed with the apex court’s verdict while Justice Chima Nweze gave a dissenting judgment, stressing that the decision ought to be reviewed.

Justice Nweze held that the court has the power to overrule itself in a situation where such a judgment was not seen to have met the justice of the case.

He said Uzodinma misled the court in arriving at the judgment which removed Ihedioha from office, saying there was no evidence that the governor satisfied the required spread to have been declared the winner of the election.

The judge informed his colleagues on the panel that the judgment upholding Uzodinma’s victory in the election would continue to haunt Nigeria’s electoral jurisprudence.

Moments after the judgement, Uzodinma said the verdict reflected the true feelings of the people of Imo state who voted him into office.

He also commended the judiciary for standing by the truth and promised that his administration would continue to deliver good governance and prosperity to the people of the state.

Governor Uzodinma called on his political opponents to close ranks and join him in developing the state in the interest of the people.

He added that as the only state in the South East with the All Progressives Congress (APC) in power, he would embark on political evangelism to ensure the party wins more states in the region.