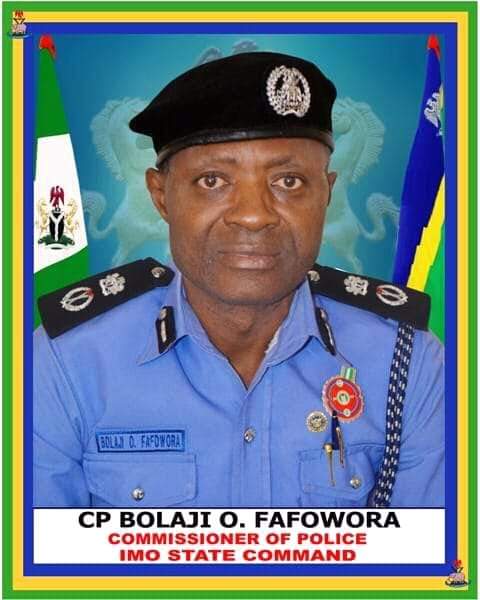 The Imo state police command led by Olaniyi Fafowora has arrested one Chibuzor Nwagbara alleged to have murdered his own brother, Elijah Nwagbara over a land dispute.

In a press release issued through the command's Police Public Relation Officer, Orlando Ikeokwu today and made available to newsmen, the suspect was arrested at Alaike Umuoyota Autonomous Community in Umuahia, Abia state few days after the incident.

The release said that, "on the 1st day of March, 2020 at about 2230hrs, the command received a report of a case of murder. In pursuance of that, the Divisional Police Office ( DPO) in charge of Obowo division led a team of policemen to Umuakpa Umungwa community in Obowo LGA and met the lifeless body of Elijah Nwagbara in the pool of his blood. The diseased was allegedly murdered by his half brother, Chibuzor Nwagbara who absconded after committing the crime."

"Preliminary investigation revealed that both brothers had been involved in a lingering battle over their family land, as a result, Chibuzor picked up a knife and stabbed him (Elijah) to death while he was lying down absent-mindedly."

"Consequent upon that, some irate youths in the area invaded the house of the suspect and set it ablaze."