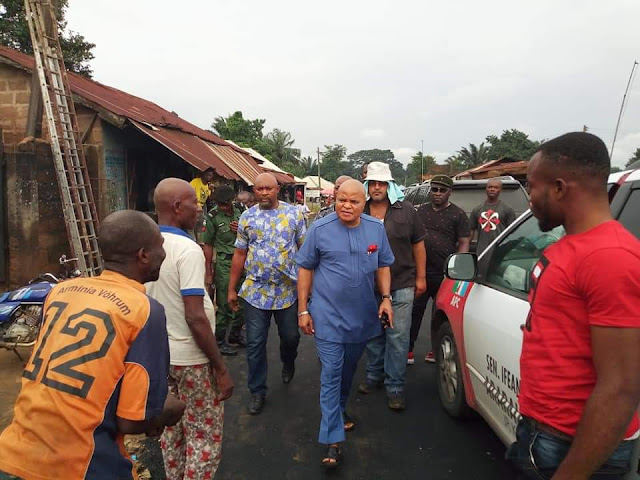 A United States based medical expert, Dr. Lawrence Iwu has said it is only greed and lack of conscience that would make Senator Ifeanyi Godwin Araraume to aspire for the vacant Okigwe Zone senate seat.
Araraume, the 2019 Imo gubernatorial candidate of the All Progressive Grand Alliance, APGA, according to recent reports, is on the verge of rejoining the All Progressive Congress (APC).
Iwu who stated this in an interaction with our reporter in Owerri yesterday on the upcoming Okigwe Zone senatorial by-election wondered why Araraume who left Senate 13 years ago would be campaigning to return back to the National Assembly after completing two terms of eight years.
According to the Ihitte-Uboma born entrepreneur and medical consultant, it is baffling for Senator Araraume after serving Okigwe zone at the Senate for 8 consecutive years between 1999-2003 - 2007 under the platform of the Peoples Democratic Party and contested for Imo governorship election four (4) consecutive times between 2007 (PDP), 2011 (ACN), 2015 (PDP) and 2019 (APGA) to now make a U-turn to recontest for the Okigwe Senate seat, adding that it is clear case of desperation for power and greed.
The renowned philanthropist recounted how the late Senator Benjamin Uwajumogu had lamented how Senator Araraume kept tormenting his life and distracting him throughout his reign at the red chambers of the National Assembly.
He posited that it is inhuman how immediately Senator Uwajumogu died, Araraume could not wait for him to be buried before he began to campaign for Okigwe Senate to replace him.
He queries whom have Araraume helped in Okigwe zone with all his wealth, saying that one may not mention one youth in his Isiebu community he had helped to build a great future.
He emphatically stated that Araraume should forget about 2020 Imo North Senatorial By-Election, insisting that Okigwe zone will come together and elect their choice candidate when INEC throws open the contest for the Okigwe zone Senatorial election.