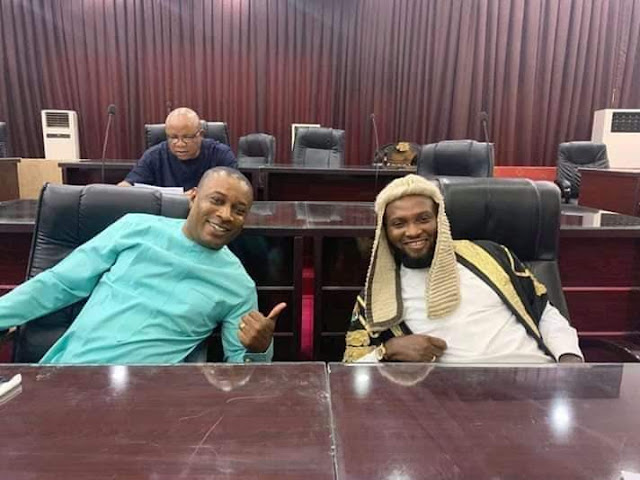 The member representing Nwangele state constituency in Imo state House of Assembly, Rt. Hon. Amara Chyna Iwuanyanwu has emerged the deputy speaker of the Assembly in an election supervised by the clerk, Mrs. Chinelo Emeghara.

His emergence Tuesday, was sequel to the resignation of Rt. Hon. Okey Onyekanma of Mbaitoli state constituency who formerly occupied the position.

Bigtruth reports that the new deputy speaker was returned unopposed and his election observed by all the 27 members including the speaker, Rt. Hon. Chiji Collins.

Other positions such as the Chief Whip and deputy Chief Whip were also filled up.

Our state correspondent reported they were subsequently sworn in amid jubilation.
Posted by IfeanyiCy Njoku
Labels: Politics