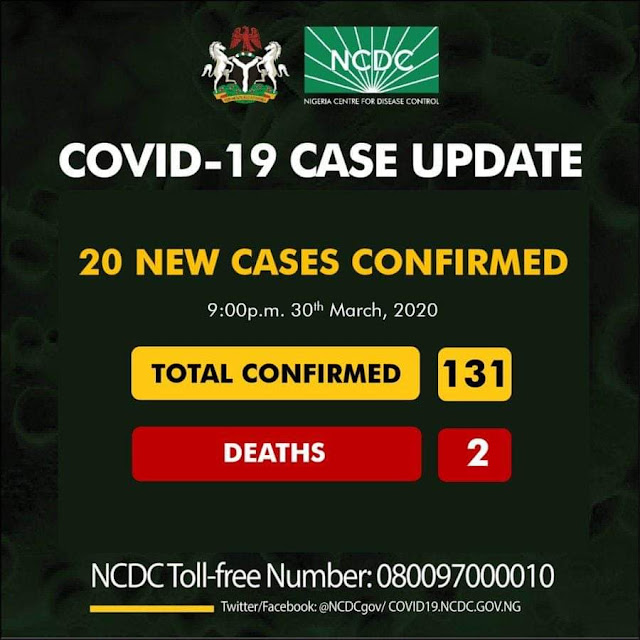 “We are also working hard to open-up as many testing sites as possible. With new additions to the case definition, persons with fever and either cough, difficulty breathing or shortness of breath in an area of medium or high prevalence of COVID-19, can test for the disease.
“To meet the demand that will arise as a result of this expansion of the case definition, the NCDC has added a new laboratory to its network of molecular laboratories for COVID-19. This is the Virology Laboratory of University College Hospital, Oyo State. We project that in three (3) weeks, seven (7) more labs in Abakiliki, Kaduna, Kano, Maiduguri, Port Harcourt and Sokoto will be added to this network to further expand testing capacity nationwide.
“I urge the members of the public to note that testing is free and at no cost to the public. Anyone demanding to be paid or given a tip should be immediately reported to the appropriate authorities
“Importantly, there are no Rapid Diagnostic Tests available that have been WHO validated, because they often give unreliable results. Unless you have been tested in one of the six molecular laboratories for COVID-19 in Nigeria, your results are most likely useless.
“If you think you fit the case definition of a suspect case, please call the NCDC or your State hotline for immediate testing. This is the only way to ensure you get suitable treatment.
“As the situation evolves, we shall need to focus our limited resources on those persons, who actually need them most critically; from testing to treatment of confirmed cases. I wish to remind citizen of the importance of following the recommended protocol to request testing, so as to prevent further exposure and spread of the virus, by those infected with COVID-19”.
“In the absence of a vaccine, preventive measures such as social distancing, have proven to be highly effective in curbing the spread of the disease in other parts of the world. It is therefore one of our major containment strategies in Nigeria. Directives have been issued at national and state level, to cancel all large gatherings including religious, social and political congregations, to shut down schools, events etc.
“While train stations, land borders and international airports remain closed, precautionary measures are also being taken by the Federal Government to protect our seaports.
“Only ships that have been at sea for more than 14days can dock in our ports after crew members have been confirmed to be healthy and negative for COVID-19. An exception to the 14-day restriction are vessels carrying oil and gas products, where human interphase between crew and shore is absent or insignificant.
“The Federal Government has announced means of mitigating the effects of these lockdowns, including provision of relief materials and other financial policies.
“Self-isolate for 14days if you have returned to the country in the last 14days. If during self-isolation you develop symptoms like cough, fever, shortness of breath (or difficulty in breathing) call the NCDC Connect Centre immediately on 080097000010
“In addition to the well-known advisory, I am recommending that all families be aware that the Elderly among them are particularly vulnerable and should be specially protected from needless contacts with children and persons who could be positive for coronavirus infections. The same should be said for all persons with known underlying diseases such as tuberculosis, HIV, cancer etc,” he said.