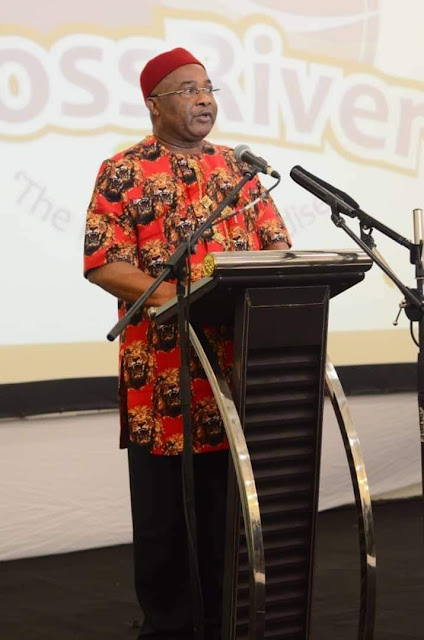 –Instructs that commuters entering the state through the land borders are to be screened before being allowed entry.

The Imo State Governor, Senator Hope Uzodinma has ordered the closure of all major markets in the state with effect from Saturday as part of measures to control the spread of the Coronavirus disease.

He has, therefore, appealed to citizens of Imo state to do their shopping between Thursday and Friday to that effects.

The spoke through the state Commissioner for Information and Strategy, Declan Emelumba during a press briefing Wednesday at the Government House immediately after the maiden meeting of the state Executive Council.

He also instructed that civil servants who fall within the approval given by the Head of Service not to report to office should stay at home until further notice.

Similarly, he said commuters entering the state through the land borders are to be screened before being allowed entry.

IfeanyiCy Blog gathered that one of the resolutions taken at the executive meeting was to return the capital city to its original master plan.

This, according to report, will solve the problem of over flooding and other environmental hazards currently experienced in the state.

However, the Governor announced that the state Internally Generated Revenue (IGR) has risen from the initial N620m the government met on ground in January to N1.2b within two months.

Meanwhile, he has appealed to Imo people not to entertain fear over the deadly virus, assuring that Imo government has put measures in place to confront the disease head on.

In the same vein, he called on market men and women to obey the government's directive as that, according to him, is for the overriding interest off the people.