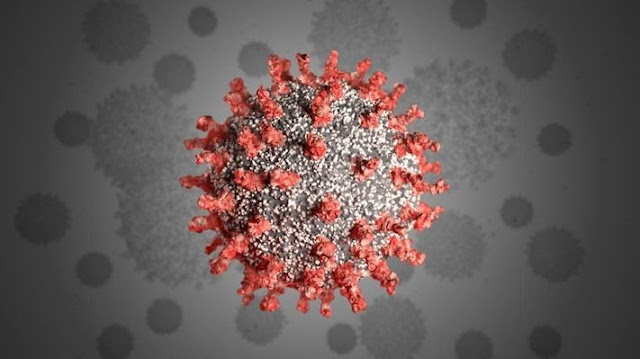 Wait a minute, can Coronavirus be a mutant virus; man-made virus targeted to attack the lungs (human respiratory Organs) with 90% mortality rate, with no cure or vaccine? Obviously a biochemical weapon?

American Republican Senator, Tom Cotton while tweeting early January said:  "We still don’t know where coronavirus originated. Could have been a market, a farm, a food processing company.

I would note that Wuhan has China’s only biosafety level-four super laboratory that works with the world’s most deadly pathogens to include, yes, coronavirus."

In a series of tweets from Zhao Lijian, Spokesperson and Deputy Director General, Information Department for the Foreign Ministry of China has this to say :

"Director Robert Redfield admitted some Americans who seemingly died from influenza were tested positive for novel #coronavirus in the posthumous diagnosis, during the House Oversight Committee Wednesday. #COVID19

How many people are infected? What are the names of the hospitals? It might be US army who brought the epidemic to Wuhan. Be transparent! Make public your data! US owe us an explanation! "

Trump tweeted ,"Cuomo wants “all states to be treated the same.” But all states aren’t the same. Some are being hit hard by the Chinese Virus, some are being hit practically not at all. New York is a very big “hotspot”, West Virginia has, thus far, zero cases. Andrew, keep politics out of it..."

Is China guilty as claimed, for there just happens to be a biosafety level-four (BSL-4) laboratory situated in Wuhan, China, the city where the whole outbreak started.

BSL-4 facilities maintain the highest level of security among bio-laboratories since they do work on dangerous potentially life-threatening agents such as the Ebola, Lassa fever, and Marburg viruses.

Where and how did the virus enter, who was the first carrier. Using genetic testing to find out, but scientists can use more advanced genetic analysis to figure out the origins, the “family tree” of SARS-CoV2.

What scientist says about COVID-19. Researchers at England National Institute of Health (NIH), are of the opinion that, Coronavirus RNA sequences closely resemble those of viruses that silently circulate in bats, and epidemiologic information implicates a bat-origin virus infecting unidentified animal species sold in China’s live-animal markets.”

The findings from the genetic analyses are consistent with how SARS-CoV2 is currently behaving. The virus is not acting like a bio-weapon right now. The best bio-weapons kill at a much higher rate and can be readily transported and released. The difference between SARS-CoV2 and pathogens like the Ebola Virus or anthrax is like the difference between a bunch of sofas and a collection of missiles. Sure, the former can cause harm but not in a predictable and consistent manner. If someone actually decided to develop SARS-CoV2 as a bio-weapon, that person needs to find a new job.