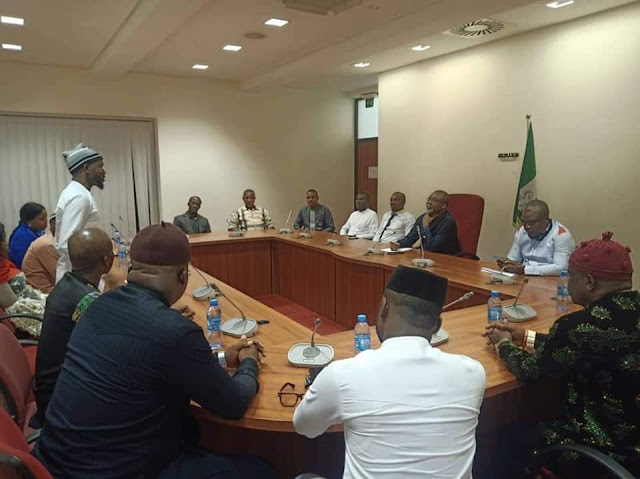 The youth wing of the apex Igbo Sociocultural organisation - Ohanaeze Ndigbo Youth Council ably led by Imo State born Igboayaka O Igboayaka today paid an official visit to an outstanding and outspoken Senate Minority Leader, most distinguished Senator Enyinnaya Abaribe at the National Assembly, Abuja to identify with him, thank him for being a strong voice for the Igbo nation and solicit he calls the attention of the Federal government of Nigeria on the need to dredge seaports in the old eastern region to open the South East Nigeria to economic growth and development. 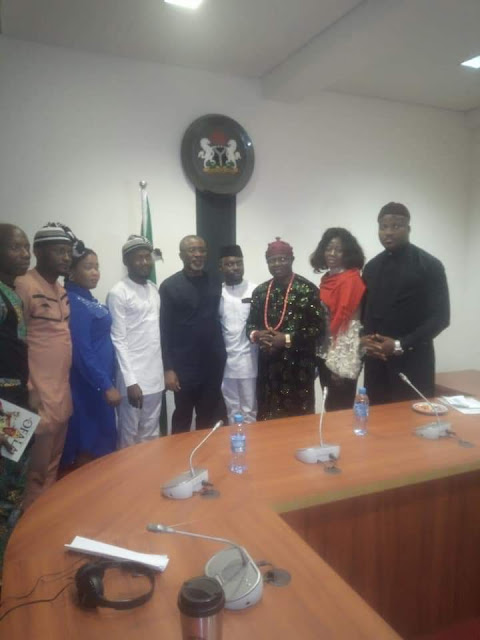 According to information made available to IfeanyiCy blog, the Igbo cultural group also appealed to Federal government to withdraw the  battalion of military men stationed at Afaraukwu, in Abia State, the country home of IPOB Leader Nnamdi Kanu to avoid creating kiosk during and after the burial of late parents of the leader of Indigenous Peoples of Biafra, IPOB, Mazi Nnamdi Kanu on February 14, 2020.
Senator Abaribe will addressing his august visits looked at Igboayaka O Igboayaka and said "So there is another voice in the Eastern Nigeria, your voice sounds like John the Baptist at Wilderness"