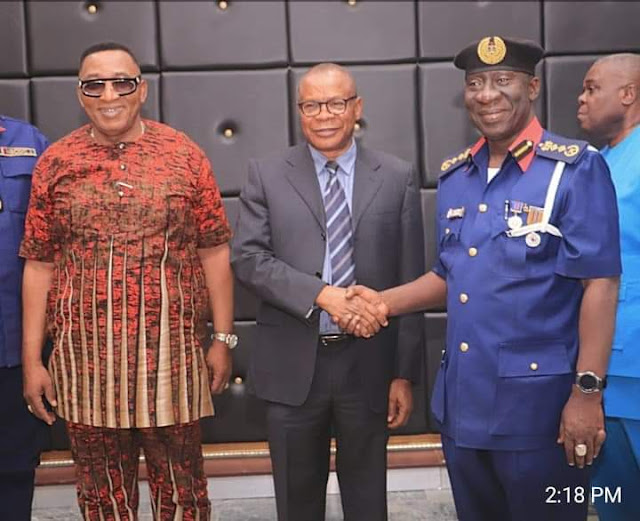 –Condoles with the Family of Engr Ndubuisi Emenike
The Secretary to Imo State Government, Chief Cosmas Iwu in the company of the Speaker of the Imo House of Assembly, Rt Hon Chiji Collins and the Chief of Staff  Barr. Nnamdi Anyehie today at government Owerri received on behalf of the state Governor , His Excellency, Senator Hope Uzodinma the National Commandant of the Nigerian Security and Civil Defence Corps Muhammadu Gana and his principal officers who arrived the State on a fact finding mission following the shooting of a Chieftain of  Action Alliance, Chief Ndubisi Emenike by NSCDC personal. 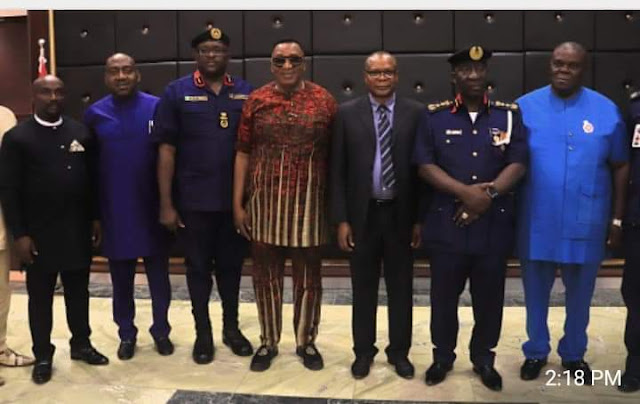 Chief Iwu, restated Government's  commitment to continue to live up to its responsibilities of protection of lives and properties while strengthening the synergy between the Government and security agencies in the State and Nigeria at large.
On his part the National Commandant of the NSCDC sympathized with Imo State Government over the death of Mr. Ndubuisi Emenike who was killed by a security personal.
The Commandant stated that, there is nothing like accidental discharge in the civil defence corps because they are all professional.
According to him, This is the first time this kind of incident is happening in the history of civil defence corps, opining that NSCDC  don't open fire arms in the name of celebration. However condoled with the family of the deceased and apologize on behalf of the corps members
He assured Government and people of Imo state that the corps "will take measures to ensure that this incident will never happen again"