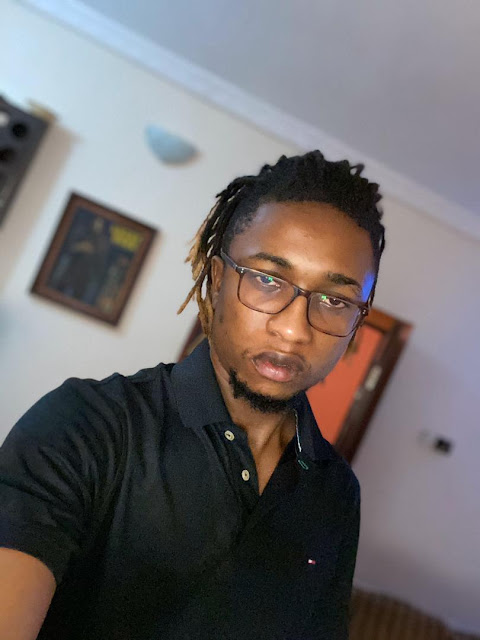 Worried by the spate of insecurity in Nigeria, Hip-hop singer, Chibuike Anyasor popularly known in the music circle with his stage name Mega C, has cried out to the government at Imo state and the centre to brace up and act fast in tackling the insecurity in the country.

While recommending community policing in the form of a private security expert with the technical intelligence to effectively combat crime in the country, the Ehime-mbano LGA born music sensation berated the spate of insecurity in the nation insisting that if nothing is done urgently, it will go out of hands. 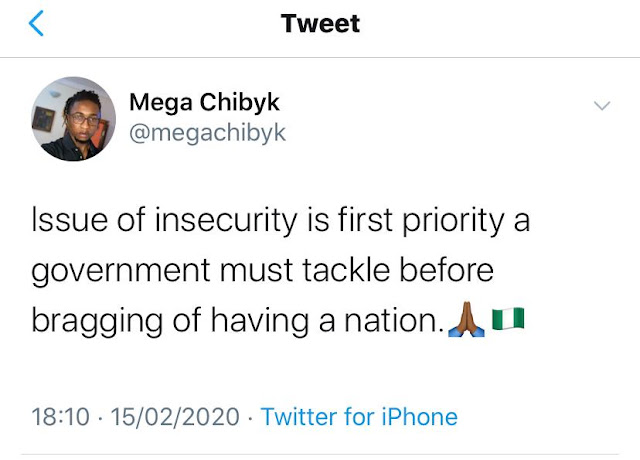 The singer, Mega C who was lucky to escape death after hoodlums attacked his Owerri residence, vandalised and cart away his properties maintained that there was the need for community policing as the activities of Police Force needs to be supplemented.

This is coming on the heels of an increase in kidnapping, banditry, robbery, boko haram, herdsmen/farmers clash among other criminal activities in the country.

Mega C, who took to twitter to lament the spate of insecurity said "issue of insecurity is first thing the government must tackle before bragging of having a nation"

IfeanyiCy blog learnt, the music artist sustained minior injuries, through valuables were carted away at gun point by the daredevil armed robbers.