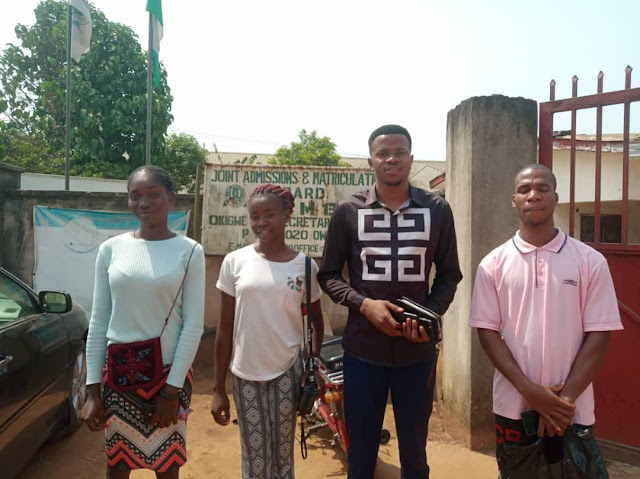 No fewer than 5  Youths from Imo State yesterday benefited from free Joint Admissions and Matriculations Board (JAMB) forms this year courtesy of an Imo based social media Influencer and publicist, Jude Bonnison Pondis .
Fielding questions from IfeanyiCy blog in Owerri , Pondis described the gesture as his own little way of showing appreciation to his God and given back to the society .
He said as a young man he believes so much in human capacity of those who can't provide for themselves.
Speaking further he said ,"It wasn’t easy but I’m grateful I’ve been able to fulfill my promise of buying jamb form to Imo indigents as to help the foundation of their getting a degree in the tertiary institutions. It’s been hard because we started this process since Monday and I’m happy they have the forms now. The forms were purchased at jamb office in okigwe road. I didn’t do this because I have so much but because I was led by God to do it."
Pondis who said he strongly believes in the popular saying that when you build the youth, you build a nation' said he derives joy given back to the society that made him ,even as he averred that one of his greatest joy was the fulfilment of this feat that would ensure that many indegents pursue their academic dreams and aspirations.
Among the beneficiaries are miss Emmanze Precious Chikodinaka from Owerri West Local Government, Mr George Justice Chikwerendu who hails from Owerri North Local Government and Miss Eke blessing chiamaka from Owerri west LGA both in Imo State.