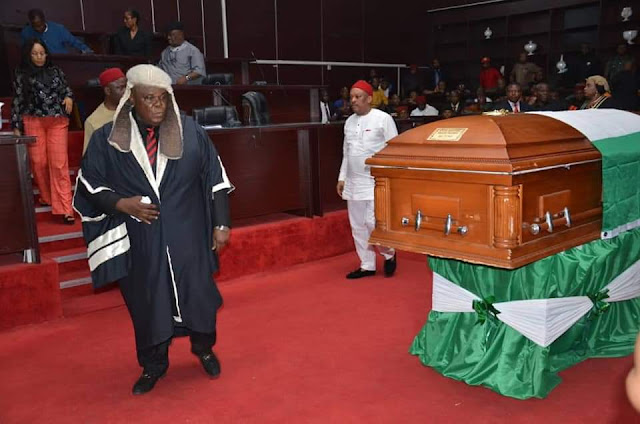 The atmosphere was mournful at the Imo state House of Assembly complex when the body of Late Senator Benjamin Uwajimogu and former Speaker of the House was brought to the hallowed chamber of the 9th Assembly today, 18th February 2020.

Also in attendance were the immediate family of Late Senator Benjamin Uwajumogu, led by his son and wife were present at the Valedictory Session.

Imo State House of Assembly led by their Speaker, Rt Hon Collins Chiji and member representing Ihitte Uboma State Constituency, Hon Michael Crown led in procession the body of Rt Hon Benjamin Uwajumogu into the hallowed chamber as mark of respect due to him as former colleagues, they prayed for the repose of his soul as he begins the final journey to rest on the 21st of February, 2020.

For us at IfeanyiCy Media Centre, we say adieu Senator Benjamin Uwajumogu. May your soul and soul of those departed continue to rest in peace. 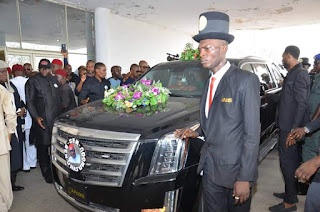 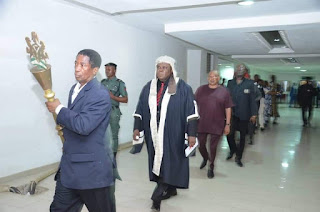 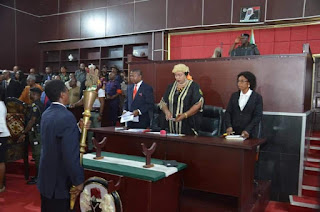 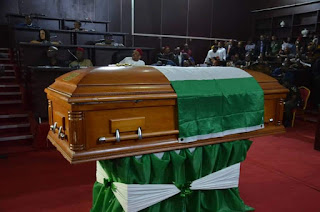 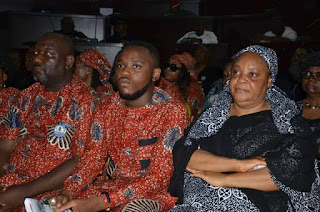 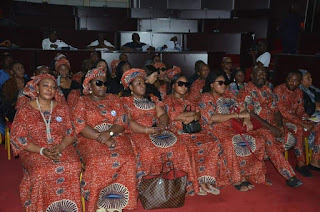 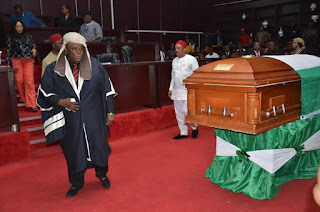 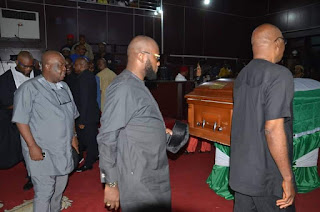