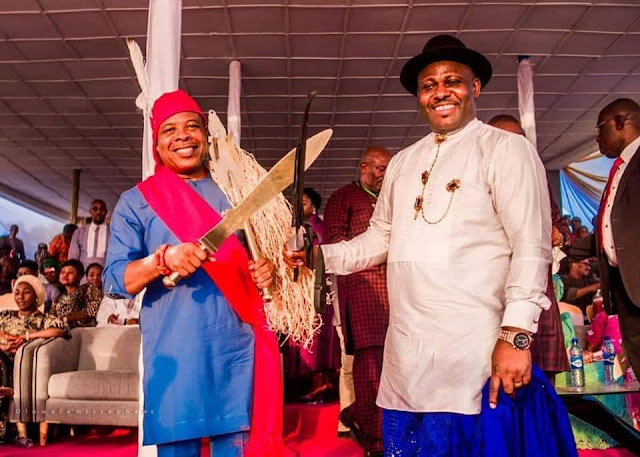 —Levied Political Appointees N250,000 each to Execute the Media War

–Advised to work on his Temperament

My dear friend, brother and leader, Rt Hon Emeka Ihedioha ( CON), I write to inform you once again as a follow up to my first letter to you penultimate week. Sadly my brotherly advice to you was greeted with uncouth vituperations from your aides and social media warlords.

It is unfortunate you have put together a very fierce, dangerous and misleading gang of media handlers whose primary assignment is to bombard with attacks any advice given to you no matter how genuine.

They are capable of chasing into oblivion any coward that cannot withstand their barrage of insults in their desperate bid to defend you.

I have become their victim because I voiced out a face saving advice.  I can't be deterred. I must continue so that your predicaments don't deepen further. If these your gang could ruthlessly and so mercilessly decimate Rev Fr Mbaka, who else can they spare.

Fr Mbaka gave an honest prophecy to you as a governor,  instead of approaching him personally to find remedy, you unleashed a full package of your attack dogs on the man of God.

Today the consequences are trending with you as the only victim.

I have since my most sincere advice to you as contained in my first open letter received my own full dose of bashing from these your deadly social media urchins. Their attacks exposed further your bad temperament which has caused you political waterloo, misfortune and several damages.

On the Supreme Court Judgement pronouncing Sen Hope Uzodinma as Executive governor of Imo state, my God! You let heavens loose. In the most uncivilised manner of seeking reversal to the Judgement, you imposed a levy on your appointees of upwards of N250,000 each to enable you engage the Federal Government and the Apex Court in a sustained media war.

True to your plan, you have since then, sustained an unprecedented media war against your targeted authorities of the Federal Government and the Supreme Court in a way never experienced in the history of this country.

You have adequately through this your sustained media war, blackmailed Nigeria before the International Communities more than any single Nigerian had done in the past. 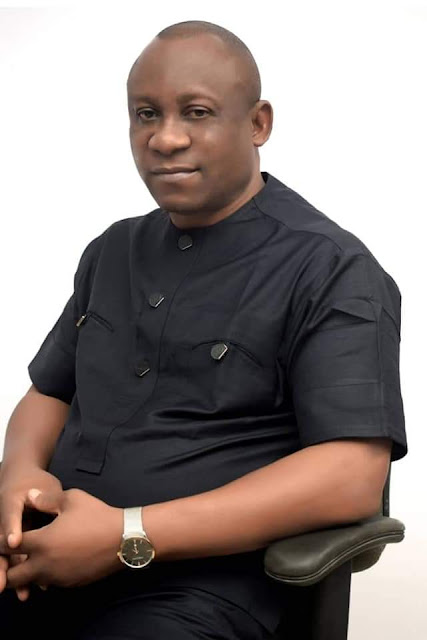 Without restraint, you have displayed that Nigeria is better collapsed except you are reinstated as governor of Imo state.

If I were you, my approach would have been absolutely different. Instigating a global simultaneous protests is a true definition of desperation, over ambitiousness and over bearing bad temperament.

This unknown to you have dumped a heavy baggage on your aspiration. Your intention to govern is now hugely suspicious. It is arguably more of a selfish ambition than a genuine aspiration.

Your fellow candidates in the governorship election who felt aggrieved had approached the Court and did that with every sense of decorum in order not to destabilize the system.

From the Election Petition Tribunal by " All Means" you got Judgement in your favor, your opponents never organised any protests or sponsored social media attacks on perceived political opponents. In a very civil manner they proceeded to the appellate court to seek redress.

Again, in a very doubtful circumstance, you also got Judgement to your favor at the Appeal Court. No protests nor social media attacks from Gov Uzodinma, Sen Ararume and Uche Nwosu who also had very formidable media arrangements.

In another civil manner, they proceeded to the Apex Court.

Your usual manipulating stuff couldn't play out again. At this point, the masquerade became unveiled. God Almighty stepped in and his will prevailed. Low and behold, all previously trampled upon facts of Gov Hope Uzodinma's petition surfaced.

The apex Court in a most honourable classical decision without a dissenting Judgement pronounced Sen Hope Uzodinma as the duly elected governor of Imo state. Since then you swore that peace will no longer reign in Imo and Nigeria as a whole.

This your reaction is the first most mundane experience recorded in any part of this Country. This is not the first time a governor is removed from office through the Judgement of the Apex Court. You have singled yourself out by this your reaction as an " ENEMY " to the Nigerian system and a violent national record holder.

Even your political godfather, former vice President of Nigeria and Presidential candidate of your political party, PDP, Alhaji Atiku Abubakar in the last general election advised you to concede to the Judgement of the Supreme Court but you have turned deaf ears to every good advice. The impression you might feel to be creating before the committee of Nations is rather having a boomeranging effect.

I will not stop advising you to call and congratulate Gov Hope Uzodinma because it is the best way for you to go.

You should at this moment stop all further arrangements pursuing review of the Judgement of the Supreme Court as it affects Imo governorship election.

It should be a known thing to you by now, that you have in a serious manner trampled on the integrity of many men of honour in this country.  Therefore, your early withdrawal from this review, will be the only window to address the huge consequences of your reactions so far.

These consequences if not addressed early, will be borne by you and only you and not by your social media gang star members.

My dear brother Emeka, there is no ass without excreta. Ignore the unprecedented pressure from so called supporters and social media warlords and heed to the voice of  reasoning. You can't win a system.

The war you have set before you is wholly a war against Nigeria.  There is no way you can expect victory. A word will always be enough for the wise.

Gov Hope Uzodinma is your governor and my governor. Accept it as the will of God!