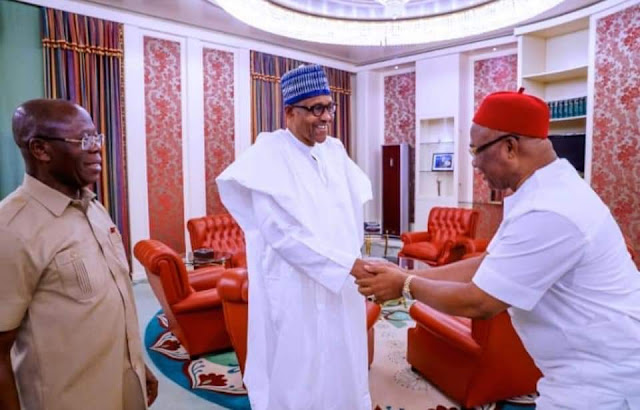 He was born 62 years ago exactly in December 1958, in Imo State, South East Nigeria.

He is married with 8-children (twins 2 times ).

Goodhope shortly addressed as Hope holds the chieftaincy title of Onwa Oyoko bestowed on him by the traditional leadership of Omuma Community in appreciation of his community development efforts . 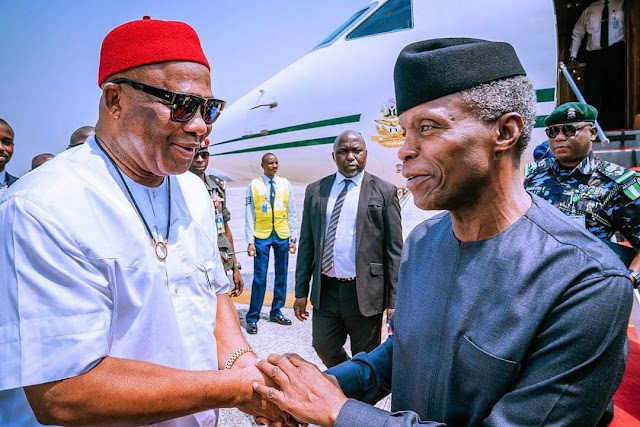 In 2015, Senator Hope Uzodinma returned to the Senate for a second term under the platform of the Peoples Democratic Party, PDP.

In 2019, he sought again to return to the Senate for a 3rd consecutive term but for the factionalization of the opposition Peoples Democratic Party into Sheriff and Markafi group became an issue. His group lost out in the People's Democratic Party National political brouhaha, which led him to defect to the ruling All Progressive Congress, APC.

As a child of destiny, it was alleged that the National Leadership of the All Progressive Congress, APC, and the Presidency promised Senator Hope Uzodinma ticket for Imo West Senatorial to ensure his crossover to the ruling party, but that idea was thwarted by the insistance of then Imo State Governor, Owelle Rochas Okorocha, a founding member of the ruling All Progressives Congress who stubbornly insisted on holding the Imo APC ticket for Orlu Zone for himself and party's gubernatorial ticket for his Son-in-law, Uche Nwosu.

The confusion Okorocha’s decision generated forced Senator Uzodinma to seek for Imo Governorship ticket under the ruling party, APC, and the party leadership, Presidency and Imo APC stakeholders were in agreement with him as the only choice to wrestle political power out of the seemingly domineering influence of Okorocha’s budding political dynasty in Imo State. 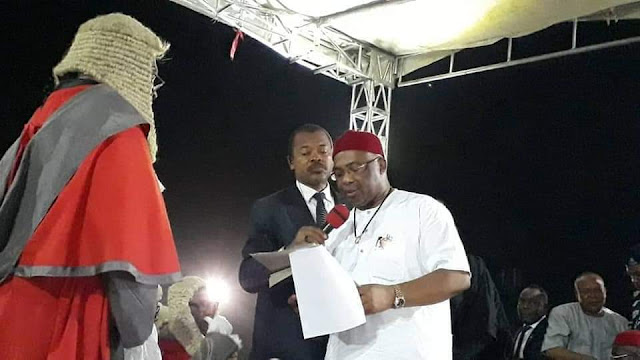 Like a child of providence and destiny, on January 14th, 2020, the highest court in Nigeria, the Supreme Court in an election petition tribunal quashed the INEC declared victory of Emeka Ihedioha and returned Senator Hope Uzodinma as duly elected after accepting the results from 388 polling units denied Uzodinma by the electoral empire. The apex Court ruled that INEC has no constitutional right not to have accepted the results of Hope Uzodinma from the 388 polling after INEC authority at the polling units have signed and authenticated the documents.

It could also be recalled that Chief Hope Uzodinma became a senator in 2011 through a landmark judgment of the Supreme Court in a case challenging his qualification as the candidate of PDP, the petition was filed by Senator Osita Izunaso.

What a victory, what a luck, on January 15th, 2020, the Chief Judge of Imo State, Justice Nnadi sworn-in Senator Hope Uzodinma as the Governor of Imo State.

In 1978, he went to the University, where he studied International Studies and graduated with a Bachelor’s degree in 1982. Prior to this time, he had already obtained an advance Diploma for Transport Studies.

To God be the glory.