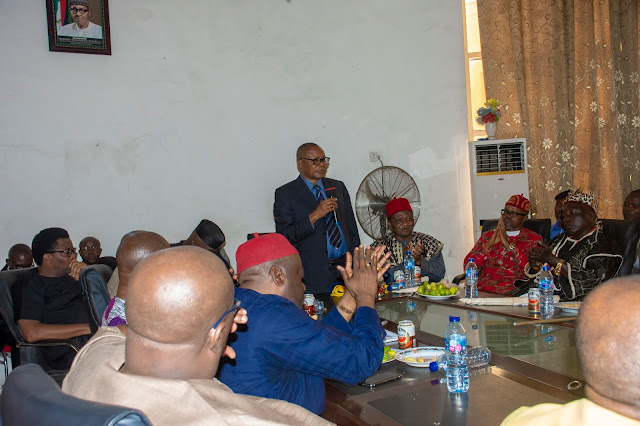 —Receives Okigwe South Leaders who Pays him a Solidarity Visit

Secretary to the Government of Imo State, Chief Cosmas Iwu, has assured Imo people that Governor Hope Uzodinma is very well prepared to work and reconstruct the state.
Chief Iwu gave the charge on Monday when the member representing Ehime Mbano/Obowo/Ihitte Uboma Federal Constituency, Hon. Chike Okafor led traditional rulers, political and community leaders from the constituency to pay him solidarity visit at the Cabinet Office, Government House, Owerri.
According to him, those thinking that Uzodinma had come to joke with governance were missing the point because: “The Hope Uzodinma you knew before is not the Hope you know now.
“Uzodinma you see today is very prepared to govern Imo State. He has a vision and mission to reconstruct this state. He’s not new to this game. 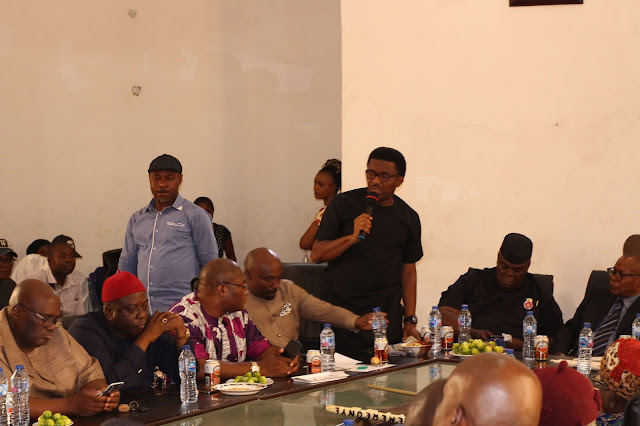 “He started aspiring to govern the state since 2003. When that didn’t materialise, he went to the Senate and has prepared very well for the challenges of today”.

On claim the judgement ushering Senator Uzodinma in as Governor would be set aside following an appeal for review by the PDP, Iwu said such a movement “can’t achieve anything because it was your votes that were excluded by INEC and the Supreme Court restored it”.
He insisted that Uzodinma’s victory was ordained by God even before the general election, commending the people of the constituency for voting for the APC during the 2019 polls.
Iwu, who was in the same position some ten years ago, appealed to the people to pray for him to succeed as according to him, the problem then was not same now.
He advised them to be more united and organised to enable them get whatever benefits they deserved. 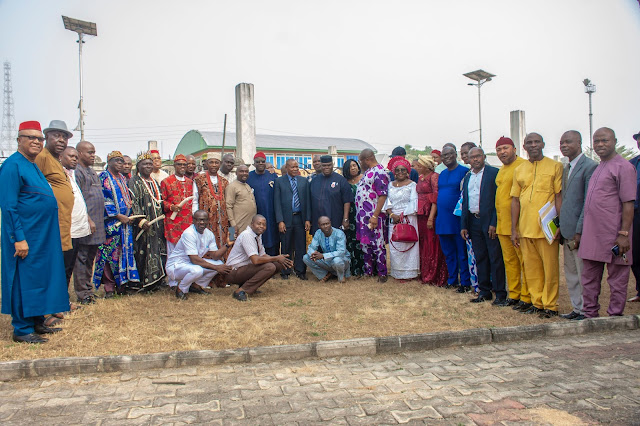 Hon Chike Okafor told the SGI that the people of the constituency came to assure him that no propaganda would stop them from galvanizing support for the APC government in the state.
Okafor also used the opportunity to appreciate Uzodinma on the appointment of Chief Iwu as the secretary to the Government of Imo State, describing the appointment as wise and deserving for Iwu. 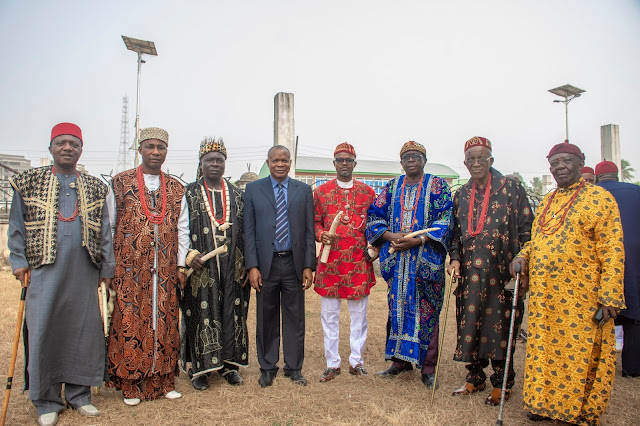