Menu
Home » Politics » What happened to Ihedioha is Supreme law of Karma not the Supreme Court... Says Tony Nwulu

What happened to Ihedioha is Supreme law of Karma not the Supreme Court... Says Tony Nwulu 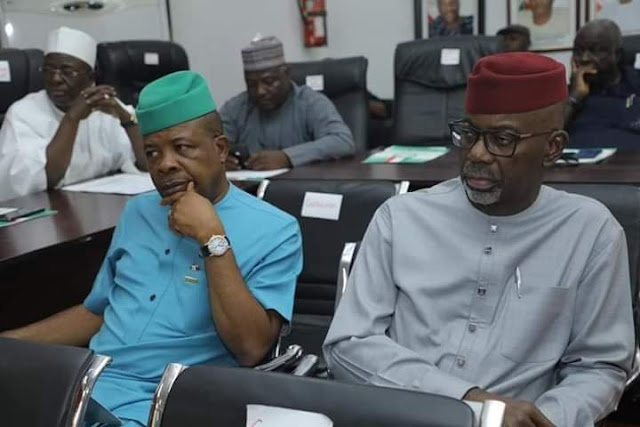 * Vows To Lead Protest If Uzodinma Fails The Masses

* Says Ihedioha Should learn from History

A former member of the House of Representatives, Hon.Tony Nwulu, has strong words for Imo State new Governor, Hope Uzodinma and his predecessor, Hon.Emeka Ihedioha just as he made shocking revelations on the political intrigues and developments that culminated in the change of  baton of governance in the State.
The Supreme Court had sacked  Ihedioha as Governor of Imo State, and declared Senator Hope Uzodinma, as duly elected Governor of the State. 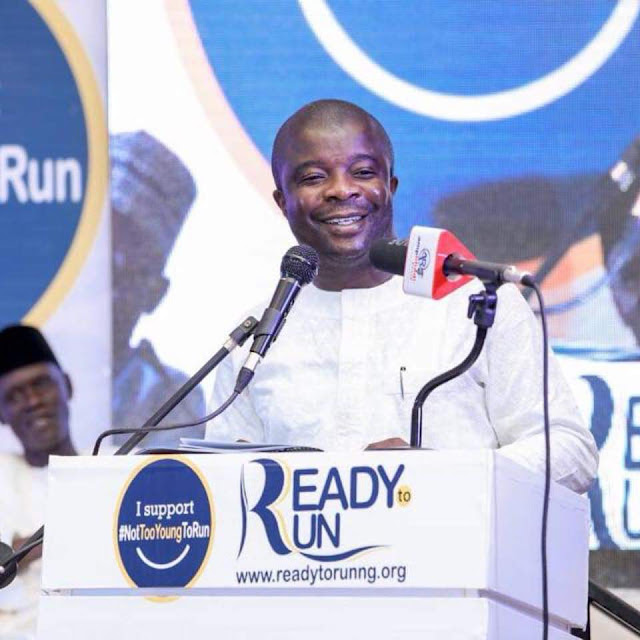 Nwulu in a no holds barred interview with newsmen in Abuja, in reaction to recent development in the State, said the tale of Governor Uzodinma and his predecessor, Ihedioha, is similar to the biblical story where two thieves engaged in altercations on the cross with Jesus Christ during the latter's crucifixion.
He said "One of the thieves who recognised Jesus Christ as son of God went to heaven, while the other one who told Jesus Christ to save himself if he truly was the son of God ended up in hell. This scenario is playing out in our beloved Imo State.
According to him, he said Senator Uzodinma owes it a duty to govern the State with the fear of God, urging him to introduce good governance and do not perpetrate irresponsible leadership.
"Governor Uzodinma must do his best for the good of the State. If he deviates, he will not escape the wrath of God.
"Much is expected from him so he has to hit the ground running. He has to be magnanimous in victory. Imo State is still bleeding and needs urgent good governance.
"The path to prosperity starts now. I know Hope as a generous and kind man, I want to see him make the wellbeing of Imo citizens his priority.
"Governor Hope must think outside the box, shun nepotism and engage the best brains both within and the diaspora to help him re engineer the ailing economy of Imo State regardless of political or social affiliations. He must strive to place square pegs in square holes and not sacrifice competence on party politics. 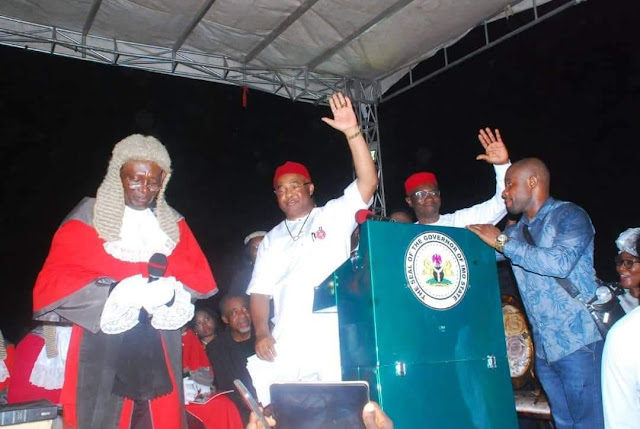 Nwulu, an ally of Governor Uzodinma, stated that he will not compromise the interest of Ndi Imo for his personal relationship with the new Governor.
He said " Governor Uzodinma is my senior friend, I respect his political sagacity but that will not stop me from voicing my opinion when he errs. We must speak truth to power. If he reneges on his promise to Imo people, I'll not hesitate to lead a resistance protest against his government. At the same time, I hope he represents the Hope of Ndi Imo
Nwulu, who was the governorship candidate of the United Progressive Party, UPP in the 2019 governorship election in the State, said the people of the State  must have a voice in the government.
"I'll stand with the people at all times. Their views and opinions must count. I will not be swayed by the pecks within the corridors of power to compromise my views, or engage in acts that will deny the people the best of governance, as a matter of fact I don't need any.
He however advised the Imo Governor to asses the policies of his predecessor and chose those that will be of immense benefit to the State.
He said "Former Governor Ihedioha had some good policies such as Treasury Single Account, TSA. That was commendable. It restored transparency in government dealings.
Nwulu however blamed former Governor Ihedioha for his present ordeal revealing that he made some wrong political maneuvers, prior to his nomination as Governorship candidate of the PDP in Imo State, which now hunted him in recent times.
"What happened to my senior brother, former Governor Ihedioha is Supreme law of Karma not the Supreme Court. People should not play God. When you play God, the consequences can be unpalatable in the future.
"The same Hope Uzodinma, Ihedioha stopped from going back to the Senate in the PDP, was the same Uzodinma that returned and took over his position as Governor of Imo State.
"Its a case of diminishing returns. Ihedioha played God in the PDP before party primaries. As leader of the PDP and governorship candidate of the party at that time, he was against Senator  Hope Uzodinma returning to the Senate for Orlu zone.
"I'm aware of several appeals and overtures that  were made to him to allow Senators Uzodinma and Samuel Anyanwu (Sam Daddy) return to the Senate. Some PDP leaders in the country appealed to him but he refused to bulge.
He continued "Senator Uzodinma left the PDP for the APC because of this. In fact he was a late entrant into the governorship race in the APC.
"He even got a waiver from the APC leadership to participate in the primaries
"At that time, then Governor Okorocha raised an eyebrow and accused Hope  Uzodinma of being a PDP member.
"Some of our wrong actions in the past can come and hurt us in the future. No matter how highly placed or our status in the society, we must not play God"
The former federal lawmaker however gave thumps up to the former Governor and some of his aides, particularly the resourceful ones who worked so hard and tirelessly to churn out laudable policies for the good of the State. 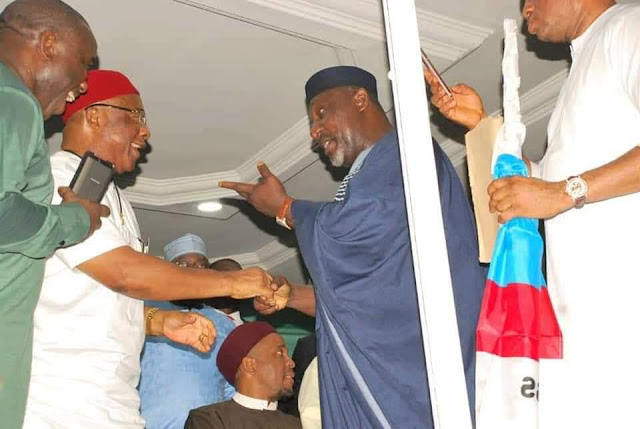 He said "However, I sincerely wish to commend Hon.Emeka Ihedioha and his team, especially the very resourceful ones who  worked round the clock churning out laudable policies for the good of Ndi Imo, May God Almighty replenish all your efforts and sacrifices.
Nwulu continued "My gratitude also goes out to all those who left their families behind and relocated to Imo State genuinely to contribute to the development of our dear State.
In his parting words to former Governor Ihedioha, Nwulu said  "To my big brother, Hon Emeka, I'm aware you have different shades of approach to politics but one thing I'm certain of is your unwavering resolve to rebuild Imo.
" I wish you had the opportunity to actualize your dreams and vision for the people  but God knows best. I wish you sincerely all the best and God's grace in your future   endeavours.