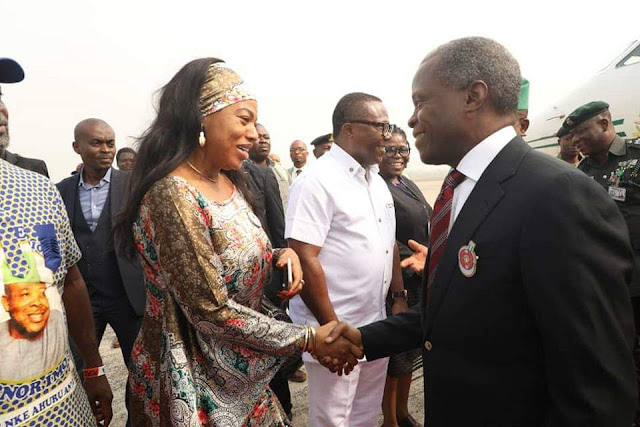 In a swift turn around of events, the candidate of the All Progressive Congress, APC, in the Saturday 25th January, 2020, rerun election for Okigwe North federal constituency, Princess Miriam Onuoha has been recieving electoral goodwill, support, solidarity and endorsement owing to the recent political development in Imo State as a result of the Supreme Court verdict which had nullified the victory of the Peoples Democratic Party gubernatorial candidate, Rt Hon Emeka Ihedioha as Governor of Imo State.

The declaration of the APC candidate, His Excellency Senator Hope Uzodinma as the Governor of Imo State by the country's apex court had been a blessing to the electoral fortunes of the former SureP coordinator, and APC Candidate in the Saturday 25th January rerun election for Isiala Mbano /Onuimo /Okigwe federal constituency seat.

The assemblage of priests of all religious denomination was at the instance of the Palpal knight of the order of St Gregory, Chief Sir Tony Chukwu (Onweghi ihe Kariri Chineke) who is fully in Support of the All Progressive Congress - APC, candidate Princess Onuoha. 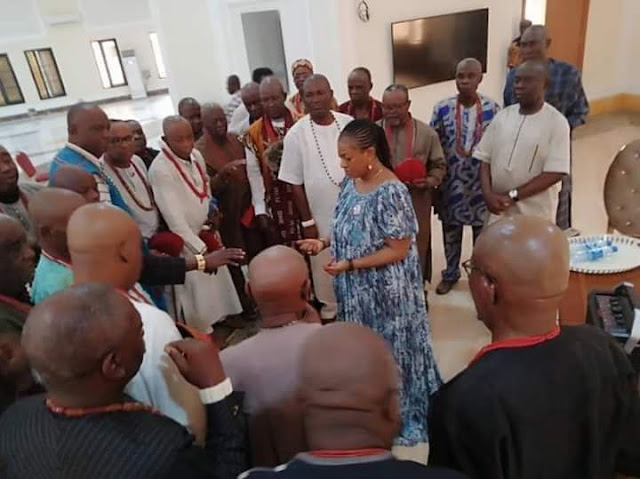 The victory anointing of the men and women of God came shortly after great and massive endorsement of Princes Miriam Onuoha by the Traditional Rulers of Okigwe North federal constituency and Okigwe Zone Political Leadership.

IfeanyiCy blog learnt that series of meetings had been held at the country home of Chief Tony Chukwu with tactical support from the honourable minister of Education, Chief Emeka Nwajiuba and National Organising Secretary of the All Progressive Congress, Chief Emma Ibediro among other illustrious son of the zone rooting for Princess Onuoha victory at the poll.