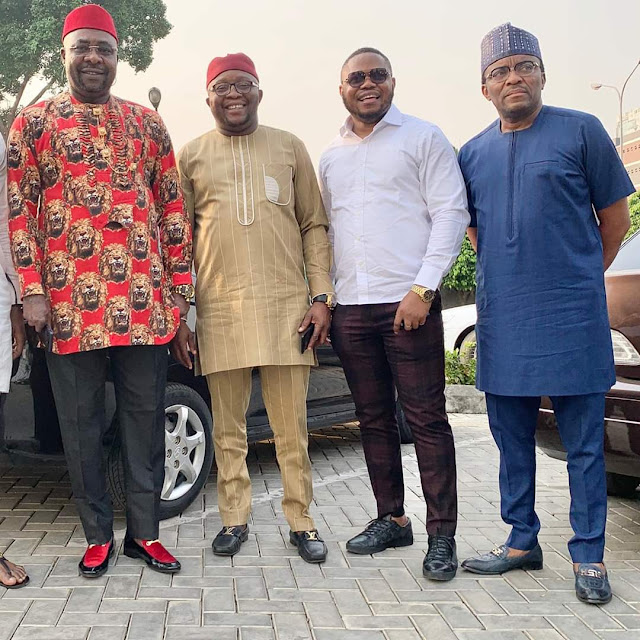 The crown prince of Okoroduru Ekwe ancient kingdom, in Isu LGA of Imo State, Prince Ezeugo Nwoke, on Tuesday, January 28, 2020, took a progressive bold step to the Nigeria seat of Power, Abuja to familiarize and partner with Imo elected representatives in the National Assembly for the overall development of his immediate community (Okoroduru Ekwe), Isu Local Government Area and Imo State at large.

Engr. Ezeugo the son of HRH Eze Fortunatus A. NWOKE, Igwe Ohazurume 1 of Okoroduru Ekwe kingdom, Isu LGA on return from his place of residence at Manchester, United Kingdom was besieged by the youths of his community who complained about lack of electricity and telecommunications network in the community. Moved by their plight, Prince Ezeugo who loves his people and community so much promised to do something urgent about lack of developmental infrastructure. 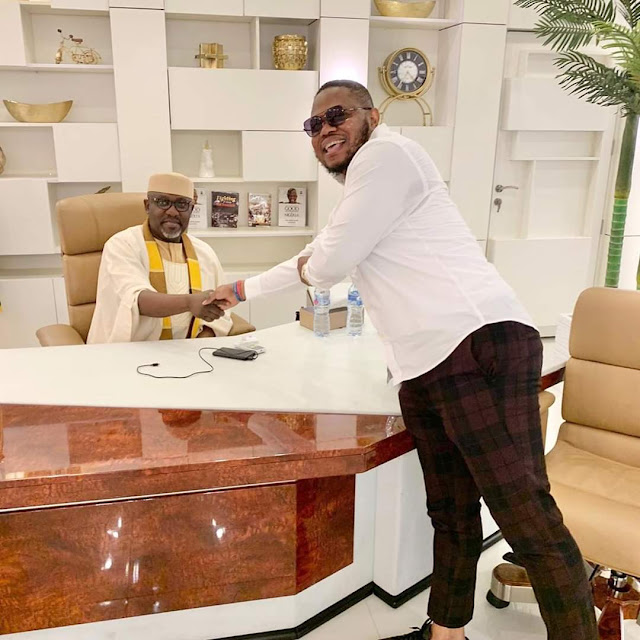 Prince Ezeugo, a graduate of Mechanical Engineering, Federal University of Technology, Owerri, immediately reached out to his friend and members representing Isu /Njaba /Nwangele /Nkwerre Federal Constituency at the National Assembly, Hon Ugonna Ozurigbo (OZB) and followed up with a visit to the National Assembly, where he met with OZB, former Governor of Imo State and Senator representing Imo West Senatorial District - Owelle Rochas Okorocha ,  Hon Paschal Obi representing Ideato North and Ideato South federal constituency and Hon Chike Okafor representing Okigwe South Federal Constituency . The issues for which he went to the National Assembly were centered on Okoroduru /Ekwe /Isu development. Prince Nwoke solicited the support and partnership of the above Imo illustrious sons in ensuring the development of his community especially in area of rural electrification, Provision of Mobile Telecommunications Networks and road infrastructures. 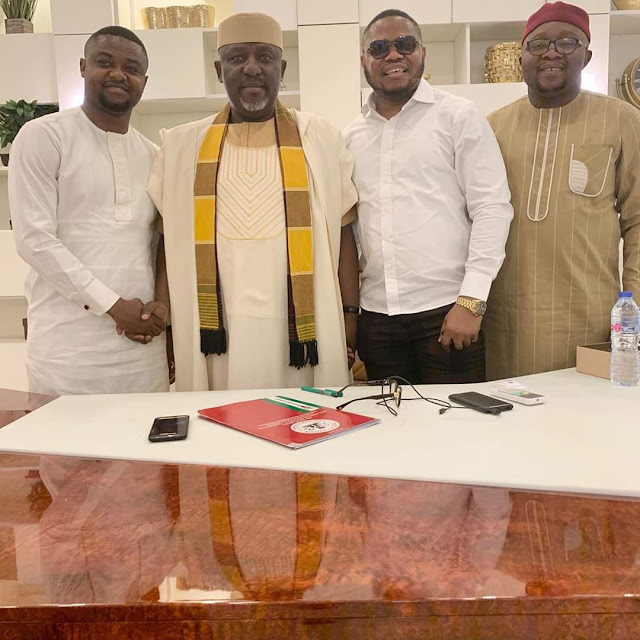 Prince Ezeugo Nwoke, a diaspora member of the ruling All Progressives Congress (APC) pledged to continue supporting the aforementioned APC leaders in all ramifications. He equally thanked Okorocha, OZB, Obi and Okafor for the capacity they have shown so far in their different chambers.

Meanwhile,  Prince Ezeugo Nwoke has expressed shock over the death of his bossom friend and brother, Engr Ndubuisi Emenike who was shot by an officer of the National Security and Civil Defence Corp, NSCDC. According to Prince Nwoke, the deceased was a selfless friend who was always willing to help the poor and had the interests of Okigwe people at heart.

Hon. Ugonna Ozuruigbo in appreciating Prince Ezeugo's love for his community, promised to work harder to ensure that the ISU benefits from every developmental projects he will attract to his federal constituency . He thanked Prince Ezeugo for the massive support he has shown so far, stressing that the old friend has always remained by his side through thick and thin.

They prayed that almighty God accept the soul of Engr Ndubuisi Emenike. 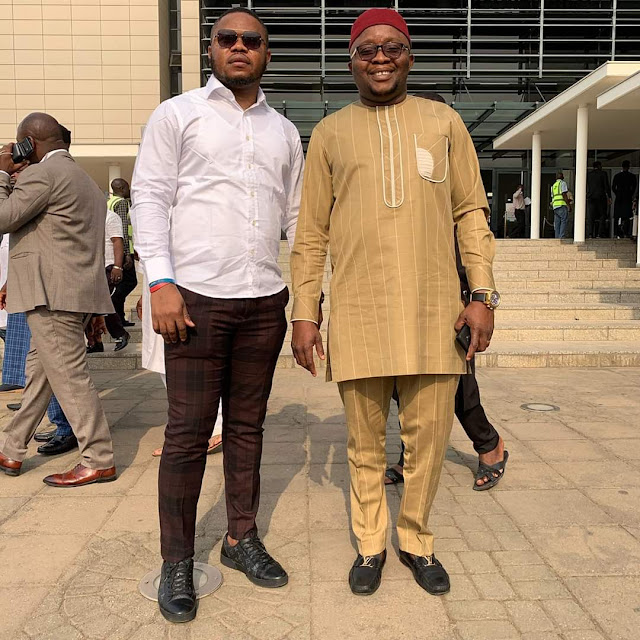 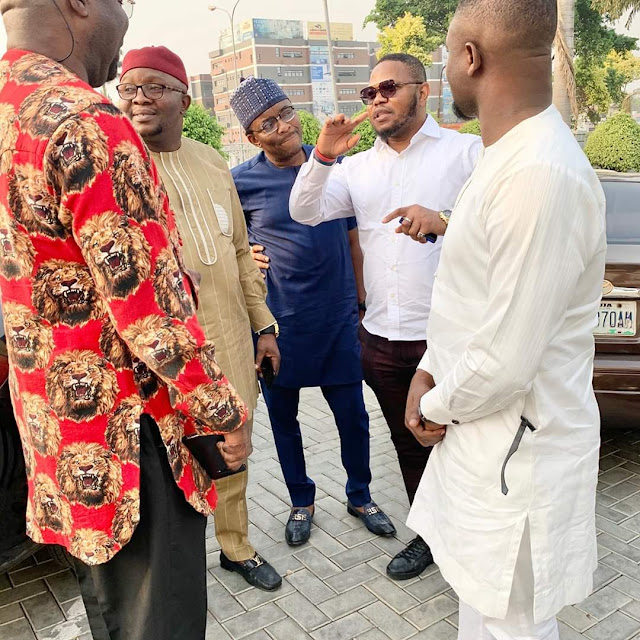 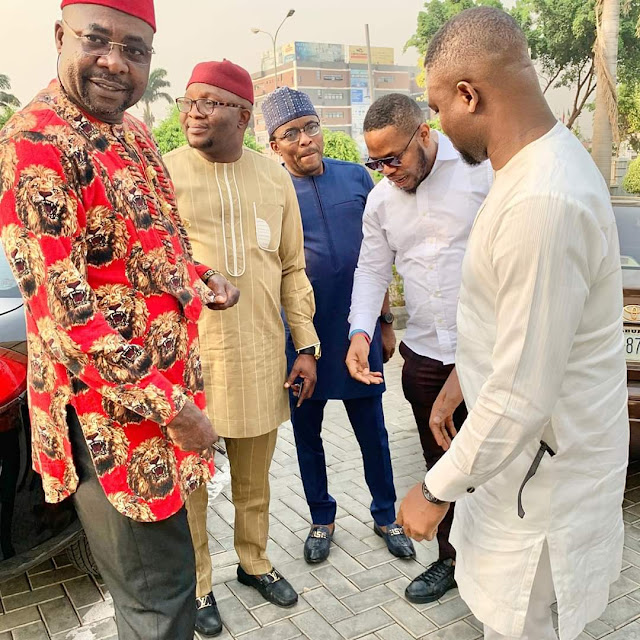 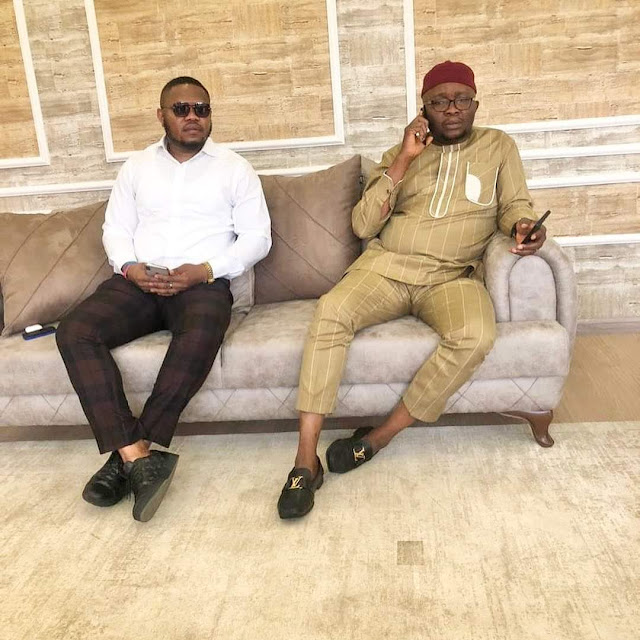 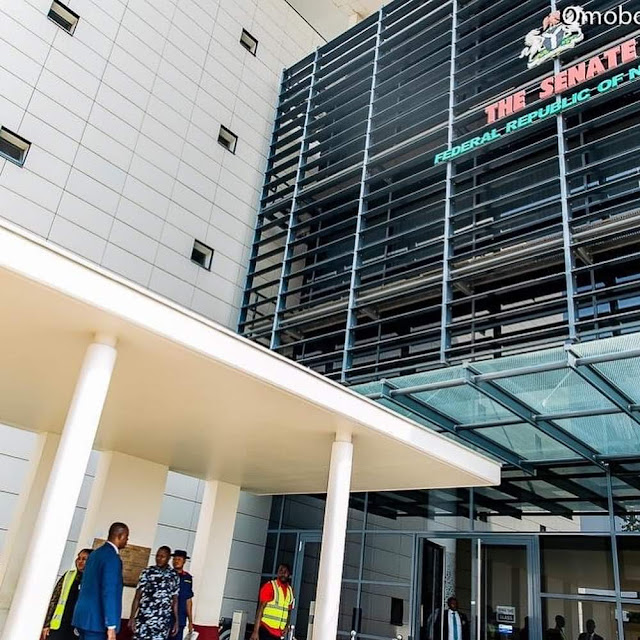