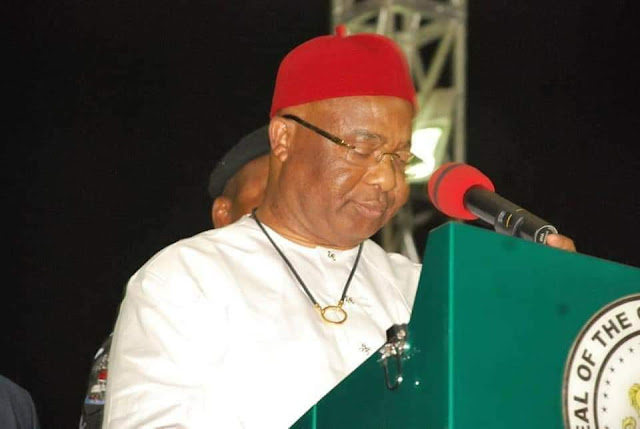 Imo State Governor, Hope Uzodinma, has debunked rumours making rounds in the state that he planned to probe his predecessors (Ex-Governors Ikedi Ohakim, Rochas Okorocha and Emeka Ihedioha) as erroneously reported in the media.

The newly sworn-in in Governor of Imo State, Senator Hope Uzodinma disclosed this after inspecting some structures at the government house in Owerri.

The Governor said even though the business of governance includes probing and accountability, his directive to the Accountant-General of the state and the officials of the civil service to furnish him with the financial statement of the state may have been misconstrued.

“When I asked for a status report from all the ministries, many people misunderstood it or assumed that the purpose of calling for that information is because I want to probe; I never said that I was going to probe anybody.

“The business of governance involves probing if need be; so I needed that information because there is no official handover from anybody, and for me to start the work, I need to know what is on the ground.”

He said since there’s been no proper handover from the immediate past government, if during an investigation and for proper accountability there’s need to call on anyone for Questioning as it deems fit, the Government will not hesitate to do so, but he hasn’t made any pronouncement of probing anyone. He urges the media to get accurate facts and statements before publishing.

“We will start and in the course of doing our business, if there are things that require investigation, we will subject them to an investigation. My business here is to govern the people, and in the process, if there is any need for any particular issue to be investigated or probed I will do that, but let nobody begin to speak for me because I have not said that yet.”

On the state of infrastructure in the government house, he said the government will begin renovation as soon as possible to enable the business of governance kick start in earnest.