DSS RE-ARRESTS SOWORE IN COURT AFTER BEING RELEASED YESTERDAY 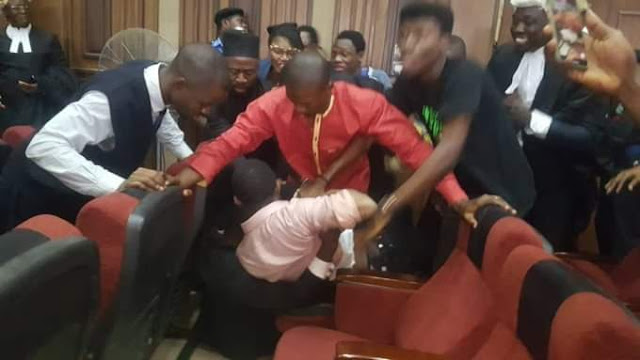 Unbelievable, the Operatives of the Department of State Services Friday morning disrupted the ongoing trial of activists and publisher of Sahara Reporters, Omoyele Sowore and Olawale Bakare, by forcefully rearresting the two men, who were only released from its detention on Thursday evening.
The DSS operatives also chased away the presiding judge, Hon Justice Ijeoma Ojukwu while also brutalising a journalist with a popular television station, an eye-witness report.
Before their arrest, there was a standoff inside the court premises as the DSS operatives refused to allow Sowore and his lawyers come out of the place.