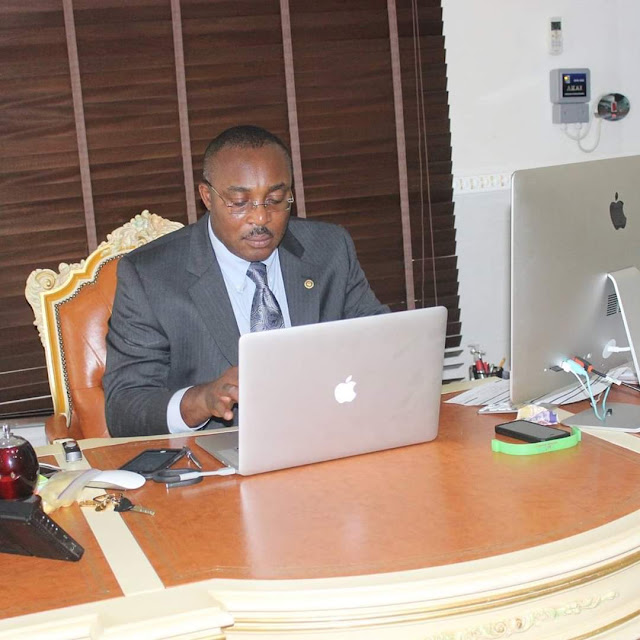 It is an incontrovertible fact that development of every nation hinges on the certain factors such as provision of a steady and adequate power supply.
In other words, the importance for this critical factor as a prerequisite for boasting industrialization and SMEs; ensuring viable economy and overall development in Nigeria cannot be overemphasized.
Hence, efforts targeted towards providing steady and adequate power supply across the country should not only be pursued, encouraged but also sustained.
To this end, one man who has shown enough and obvious concern and determination to enhance the Nigeria power sector is Dr. Uzoma Obiyo.
Dr. Obiyo is a renowned industrialist, astute entrepreneur and Chief Executive of many business entities situated within and outside the shores of the country.
He simply understands business intricacies and environment as well as often makes concerted efforts to meet the common needs of the people for the general good.
No doubt, in almost all facets of the economy, the Ikeduru Council Area in Imo State born philanthropist, has imprinted his signature of positive impacts and immense contributions.
More so, for his passion to ensure viable economy driven by uncompromised electricity supply, he established One Nation Energy Platform Ltd., a frontline power company.
It could be recalled that, recognizing his selfless commitment to improving power supply, the Federal Government few years ago, signed a Memorandum of Understanding (MoU) with his company for the production of 500 megawatts coal-fired power plant in Enugu.
At the event, the then Minister of Power and Energy, Prof. Chinedu Nebo signed on behalf of the Federal Government while Dr. Obiyo, signed on behalf his company.
The MoU was described as a welcome development for government’s quest for a robust energy mix that would support the nation’s aspiration for development of the power sector.
It was noted that the coal-power project will among many benefits also provide stable power, devoid of challenges of sabotage from vandals who were determined to frustrate the government’s effort at providing adequate and reliable power to all Nigerians.
It was also believed that citing the coal powered plant in the Enugu axis was a welcome development as Ugwuaji, one of the settlements in Enugu State, houses one of the biggest transmission sub-stations in the country.
It further said that the South East zone alone had enough coal deposits to deliver 5,000 megawatts of coal that could generate power to Nigeria.
It is on record that Dr. Obiyo and his company have ever since then done their best in living to the dreams of the government in addressing power challenges in the country.
The company has injected genuine inputs to redefining and revamping the power generation especially in the South East, and needs more support and encouragement to do more.
Hence the Federal Government should do well to maintain the tempo, invest more in the power sector and encourage private sectors in the power industry to join in improving the sector.
Finally, for the much Dr. Obiyo has done through his company, I join millions of Nigerians to congratulate him and wish him more divine grace to continue to excel. Once again I say Kudos.