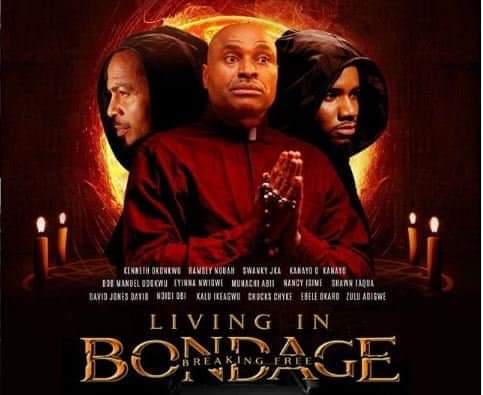 Living in Bondage: Breaking Free,’ newly released Nollywood movie, has emerged top of the country’s box office after raking in over N25 million in its first weekend.
In the recent ranking released by the Cinema Exhibitors Association of Nigeria (CEAN), the movie placed first ahead of ‘Terminator: Dark Fate’, a 2019 American science fiction action film, which had N12.6 million.
‘Maleficent: Mistress of Evil’ grossed N8.2 million to rank third on the chart while‘Gemini Man’ and ‘Joker’ secured N2.4 million and N2.1 million respectively to round up the top five.
Following the ranking, ‘Living in Bondage: Breaking Free’ ousted ‘The Bling Lagosian’s N23.4 million to become the biggest opening for a Nollywood film in 2019.
It is also the highest opening for a non-comedy film, a record formerly held by Kemi Adetiba’s 2018 ‘King of Boys.’
The organisers of the movie took to its Twitter page to list out some of the records it made in its first weekend.
“We are already breaking records and rewriting history – Highest opening weekend Nollywood for 2019. – Highest opening for a non-comedy film. – Highest single day for a Nollywood Film in 2019. – Highest public holiday total for a Nollywood film in 2019. Thank you Africa,” it wrote.
Living in Bondage: Breaking Free’ is a sequel to the well acclaimed Nollywood blockbuster ‘Living in Bondage’.
Written by Nicole Asinugo and C.J. Obasi, the film tells the story of Nnamdi, Andy Okeke‘s mysterious son, and his do-or-die approach to getting luxuries of life at his disposal.
‘Living in Bondage’ remake is created by Play Network Africa in conjunction with Native Filmworks and co-produced by Steve Gukas, Dotun Olakurin and Charles Okpaleke.
Ramsey Nouah, Nollywood actor, who directs the film had earlier dropped a trailer of the movie before its eventually release on November 8.