SAM ONWUEMEODO REACTS TO INTIMIDATION AND BANISHMENT FROM IHEDIOHA'S AGENTS 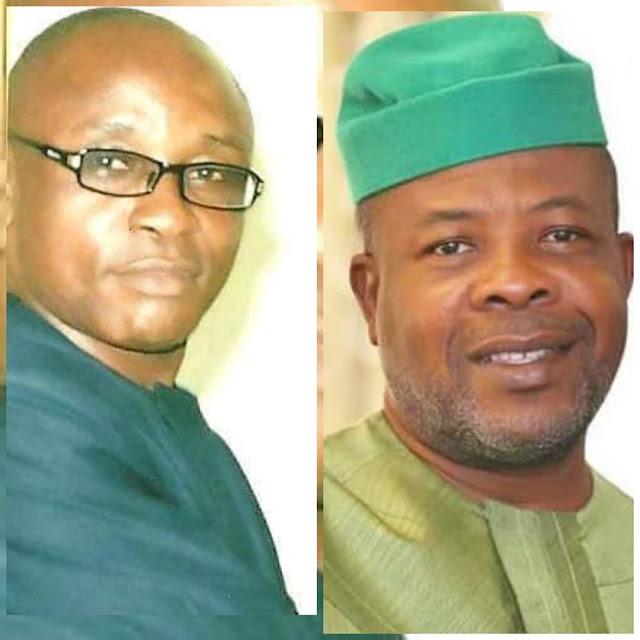 RE: INVITATION TO AN EXPANDED PALACE MEETING OF EZEDIOHAMMA PALACE OF MBUTU NWENKWO

Your letter, dated October 28, 2019 has the referenced Caption. It was a 4 – paragraph letter addressed to me and signed by you.

This is my Candid reply to that letter. And I do so, with every sense of humility and respect.

HRH, in the first paragraph of your mail, you stated that we are meeting to “discuss burning issues that may, if not nipped in the bud, embarrass this Palace in particular and the Mbaise nation in general”.

The second paragraph  of your letter also stated that “the current spate of abuses focused on our son and your brother, His Excellency, Chief Sir Emeka Ihedioha, (OON) the pathfinder of the Mbaise people in the governance of Imo State”, would be one of the issues to be discussed.

The third paragraph stated the date, venue and time, for the meeting; Thursday, October 31, 2019, at your Palace, by 3pm.

The fourth paragraph stated that,“attendance to the meeting is mandatory”, which however sounds too military and undemocratic, especially when all you need from us is respect or regard and loyalty and not for us to surrender our rights under the law to you.

HRH, in all these, with sobriety, I want to politely inform you that I won’t be able to come for that meeting. And these are my reasons for taking this innocent decision.

(1)   On Saturday, October 6, 2019, what was tagged, an“Expanded strategic security meeting of traditional rulers, Presidents-General and other major Stakeholders” was summoned by the Chairman of the Interim Management Committee of Aboh Mbaise local government, Mr. Jonathan Onyeneke at the Local Government Headquarters. I was the subject-matter of that meeting. At the end of the meeting, those in attendance came up with 7-point resolution and all against me too.

Following the developments at the meeting and the decisions taken, the media reported that I had been banished and also declared Persona non grata. Uptil now, nobody has denied those reports of banishment and declaration of Persona non grata.

In the attendance list of those who were at the meeting in question, you, my traditional ruler, HRH S.U. Ugochukwu signed as No. 4. HRH Eze Emma Nwaimo of Mbutu Ukwu signed as No. 5. HRH Eze Damian Nwigwe also of Mbutu signed as No. 6. You could not tell those at the meeting to hold on, as my Eze, until you meet with me. You participated in the meeting and in the discussions and in the decisions taken. And also signed. Inviting me now for a meeting in your Palace after the one under reference, which you were part of, makes the whole thing“medicine after death”. Somewhat belated.

And the agenda of your own meeting is akin to the agenda of the Aboh Mbaise Local Government Council meeting, which you were also part of.

(2)  HRH, you gave me the Chieftaincy title of Okangaoziriof Mbutu Nwenkwo and you know why you gave me that title. That was in 2004. About fifteen years now. But during the Presidential election in 2015, a team of mobile men came to Mbutu and took me away in handcuff obviously on the order of the man you are calling the meeting for. Took me to Oke Ovovo Police Station. From there to Area Command Owerri. And finally, to Police Headquarters where I was detained. The Sunday night the Police Officer from Bayelsa State told me that I should inform my wife that I would be taken to Abuja Monday morning, as God would have it, the news came that Muhammadu Buhari was winning. That was the only reason I was not taken to Abuja. The Police Officer they brought for that purpose disappeared and I was released. I never committed any offence. You heard it, but you kept quiet. A Chief in your Palace, because I was not a governor.

In the same 2015, during the governorship election, a team of eight Soldiers led by the Commander 34FAB then stormed Town School Mbutu which is in your Community, where we had gathered for the distribution of election materials for the governorship poll and began to attack me, and obviously on the order of the man you are now calling meeting for. The Soldiers descended on me and there was no reason for that. They dropped me very unconscious on the floor of their Hilux Van throughout that day. I didn’t die because the God I worship, has been the one in Custody of my life and not anybody. The video of that ugly incident went viral and also provoked the army authorities in Abuja. They set up a Military inquiry. They came to Owerri and interviewed me and discovered that I never did anything to warrant such act of man’s inhumanity to man. The then Commander, 34FAB Obinze Brigadier General Bello who personally led the attack and the other eight Soldiers involved, were all dismissed from the army. HRH, you heard about it and never cared to ask about me or to know what happened to a member of your Palace, by virtue of the title you gave to me. But today, you are summoning a meeting because someone according to you was abused and you didn’t disclose the kind of abuse it was, whether oral or physical. HRH, Soldiers attacking me and“abuses being focused on someone” which one is more serious?

(3)   HRH, you are aware that I was instrumental to the creation of at least, Mbutu Nwenkwo and Mbutu Nworie autonomous communities. God positioned me then as the Chief Press Secretary to Rt. Hon. Godfrey Dikeocha when he was Speaker to ensure that the two autonomous communities were created. And since then, you have never called this kind of meeting for the progress of the Community, but you are calling such meeting today, “because of the current spate of abuses focused on our son”. In case you do not know, HRH, the kind of abuses you are talking about here might not constitute offence in Nigeria or elsewhere. What is offence is slander or libel.

(4)   HRH, before the Council Headquarters’ meeting one group, Ikoro Mbaise had also released a video containing threat music against me. I am also sure that you have either watched the video or listened to the music, because it also went viral. You never cared to ask why or what was my offence to warrant such threat.

HRH, having stated why I won’t be at the meeting, I want to also state that nobody would run away because somebody is governor today. Since 1976 when Imo State was created, there had been military administrators and civilian governors, and they all came from communities. And we never heard that they chased their people away because of what they were. Why must Ihedioha’s governorship be different? Why must his own governorship enthrone tension, hatred, victimization, fear, harassment and so on?

HRH, if I had been a bad person in Mbutu, you would not have given me the Okangaoziri title. And you know what that title connotes. You also know that I have been a Journalist. I didn’t start Journalism practice today because of Ihedioha’s governorship. And I won’t also stop practicing it because of his governorship. And there is nothing anybody can do about that.

Those who met at Aboh Mbaise Council Headquarters against me exceeded their bound with their 7-point resolution and with the media reports thereto. I won’t go further here on that. Also know that there are laws governing every practice and every action. We should all be conscious of such ordinances or laws in our actions and inactions. For instance, in practicing Journalism, there are laws guiding the practice. When you libel or slander someone, the victim goes to Court to seek redress. Any other action would tantamount to self-help or half measure. I am communicating here.

HRH, I make bold to say that I have never committed any offence in that Community, whether big or small and I stand to be challenged. So, I am talking from the angles of equity and moral strength. Some of those ganging up against me today cannot make this kind of claim. I know them.

HRH, you may have also observed that since you gave me the Chieftaincy title, I do not answer it or attach it to my name. I value it because it was an honour from my Eze and my Community, but my Christianity makes me to think less about such titles and accolades.

My prayer is that the governorship of Ihedioha should bring in progress, prosperity and development for the people. And trying to box all of us into a very tight corner shouldn’t be his ambition and should not be the ambition or desire of all those working for him, overtly or covertly, including my Eze.

HRH, may you live long. May you also live long on the throne. May you reign like King Solomon of the Old Testament known today for the wisdom he had exhibited in the generation before ours, and not like King Ahab, the husband of Jezebel who killed Naboth over his vineyard and also not like King Herod, who beheaded John the Baptist to please the daughter. We shall Continue to Clap for Jesus.