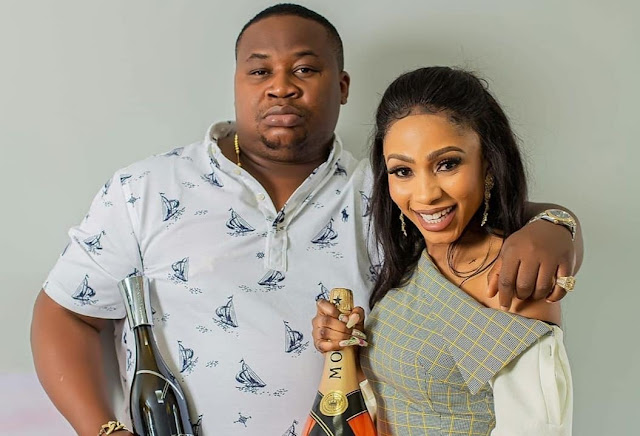 –But was Cubana Chief Priest's anger of unfollowing and deleting all Mercy's photos in his Instagram handle justified ?

Here are some facts:
Moet & Chandon Mercy's endorsement deal developed K_Leg... Chief Priest actually influenced the Mercy deal with Moet&Chandon with the Company's Nigeria representative, but the International Liquor Africa Rep, felt sidelined and was doing everything to thwart the deal. Reason she wasn't carried along. 10% could have solved the problem! Smh!!!
Mercy's management was pissed Cubana Chief Priest made them loose endorsement deal worth millions from another top Champagne brand (BELAIRE) to sign for Moet&Chandon surrounded with uncertainty. The media embarrassment was a dent to her corporate image going forward they felt.
Mercy Lambo signing of Management/Legal Team... The new management and legal team decides where she goes and what she puts paper to. Her sister, Promise Eke was also a hard nut to crack. She seems incharge of her celebrity junior sister.
Unveiling of 'Mr Taxi' on Saturday 2nd November at Lagos which Mercy had earlier signed as their brand ambassador, is a must attend. Their could have been a compromise from both parties. 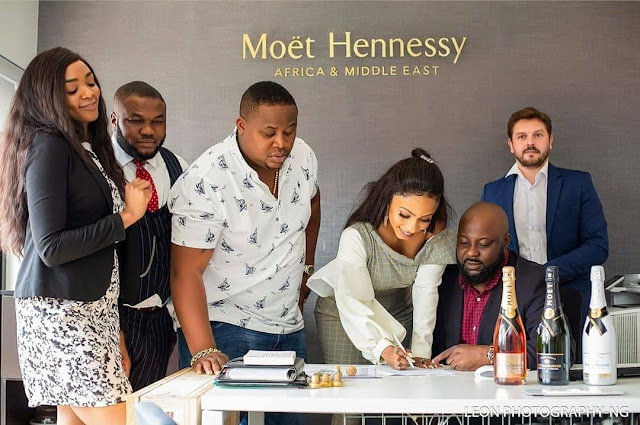 Demands from Mercy's Management/Legal team with regards to her gracing De-Angels Bar & Restaurant welcome party scheduled today Sunday 3rd November after that of Opium Cubana which took place on Friday 1st November were some hard issues that provoked Cubana Chief Priest, whose wife is the owner of De-Angels.
Bbnaija Winner, Mercy Lambo Eke, Ike and team left JJ MAS HOTEL AND SUITES  where they were lodged on Saturday morning by 10am as against the wish of her promoter/campaigner in-chief, Cubana Chief Priest, Mr Paschal Chibuike Okechukwu.
Chief Priest wanted a meet my fans and supporters hangout with Mercy and his friends like Hytel Phones, Ehara Cab, and the rest who supported Mercy and spent huge sum of money to ensure she won the 2019 Big Brother Naija Reality TV show tagged Pepper Dem.
Cubana Chief Priest had spent fortunes in mobilisation, Logistics, set up at De Angels in preparation for Mercy's Sunday visit. But unfortunately, Mercy and management decision to boycott the event today was to him an act of ungratefulnes. Every man has his ego!
While many supports Cubana Chief Priest decision to unfollow Mercy on Instagram and deleting of all her pictures, some suggest he could have allowed her to go back to Lagos, attend the Mr Taxi unveiling on Saturday and return to De Angels on Sunday as scheduled.
I could have elaborated, but as an insider and friend to all, I was trying to be careful with information.

My name is IfeanyiCy Njoku