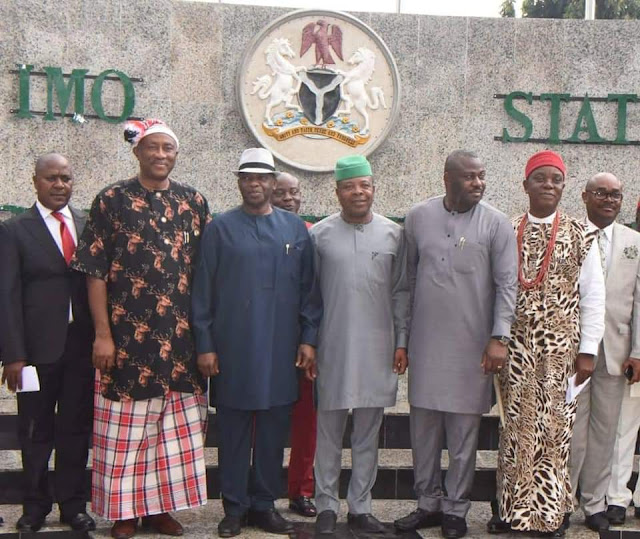 Governor Ihedioha said the Lecture Series had made the State unique among other states in the federation because of its attachment to education, scholarly works and culture.

Inaugurating the 2019 Ahiajoku Planning Committee at Sam Mbakwe Executive Council Chambers, Government House, Owerri, Wednesday, he charged members of the Committee to take cognizance of the importance of the Lecture in rebuilding the State.

He said, "Ahiajoku Lecture has distinguished Imo among scholarly States. It has indeed stood us out as a State in love with education”, stressing that, “education is our mainstay because of our very high literacy rate".

Governor Ihedioha noted that the Ahiajoku Lecture will continue to play significant roles in promoting Igbo culture, tradition and contribute significantly in the rebuilding process of Imo State. 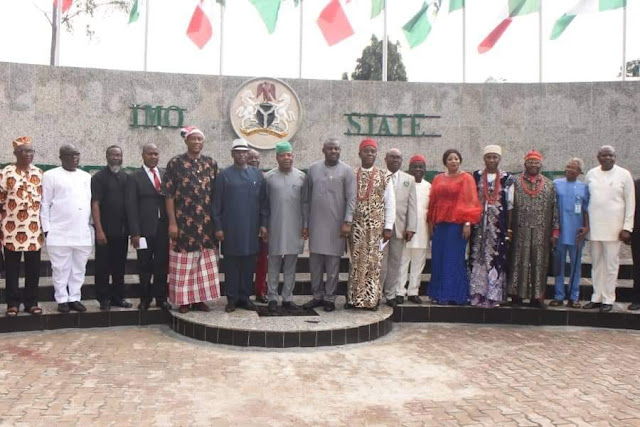 He said members of the Committee were carefully chosen for their track records and for the fact that they will do the state proud, adding that he is certain that the committee will deliver and make the event successful.

The governor expressed hope that the committee will ensure the success of the lecture slated for the 30th of Novem0ber 2019, and assured his readiness to support them to deliver on the assignment.

He recalled that the Ahiajoku Lecture, one of the legacies left for the State by former Governor of the State, Late Sam Mbakwe, had over the years played significant roles to the advancement of the State in all sectors despite the enormous challenges.

He described the Ahiajoku Lecture as a pan Igbo programme that will bring all Igbo together and give attention to its rich cultural heritage.

The former Governor also commended Governor Ihedioha for reviving Ahiajoku Lecture as he had promised during the electioneering campaigns.

"Our inauguration as the committee to organize the Ahiajoku Lecture Series this year, is a manifestation and fulfillment of your campaign promise to exhume this landmark institution. We want to assure you that we shall render service and do justice to this assignment”, he said.

On the significance of the revival of the Lecture, Chief Ohakim disclosed, that the Lecture will refocus global attention on Imo State and Governor Ihedioha, and expressed gratitude of the Igbo at home and in Diaspora to the Governor for the promise fulfilled.