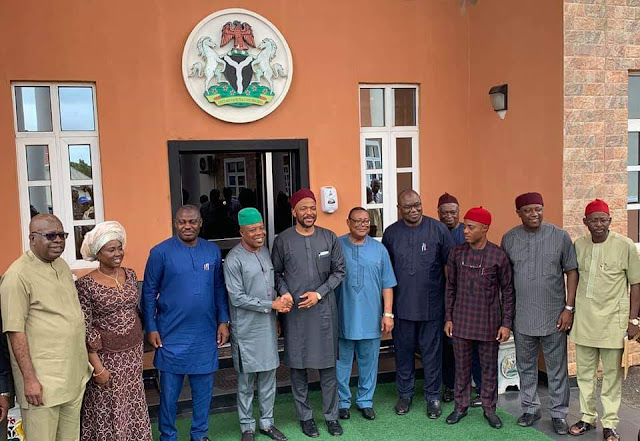 Imo State Governor, Rt. Hon. Emeka Ihedioha CON, has assured the Federal Government of the commitment of his administration to collaborate with it, to find lasting solution to the lingering land dispute at the Federal University of Technology, Owerri FUTO.
According to a press statement made available to Ifeanyicy.com, by the chief press Secretary to the Governor, Mr Chibuike Onyeukwu, Governor Ihedioha spoke when he received in audience, the Minister of State for Education, Hon. Emeka Nwajiuba, alongside a delegation from the Federal University of Technology, FUTO, at Government House, Owerri, Friday. 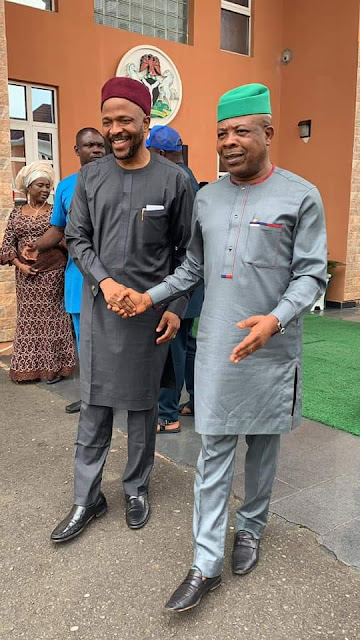 The governor stated that his commitment to resolving the land dispute is in line with the priority his administration has placed on education and amicable conflict resolution in the State, noting that Imo State is known for its high literacy level in the country.
"We have a common goal in the area of education because education is very important to us in Imo State. We will dialogue with you to achieve the desired results"
In his opening remarks, the Minister of State for Education, Hon. Emeka Nwajiuba, said the Federal Ministry of Education decided to review its position on the FUTO land issue because of the renewed spirit and commitment demonstrated by the state government to end the lingering dispute.
He said the Federal Government is determined to resolve the land dispute at FUTO in collaboration with the State government through dialogue anchored on a healthy relationship
He disclosed that the peaceful resolution of the dispute is geared towards ensuring academic activities continue at the institution unhindered.
A closed door meeting followed after the courtesy call where issues of encroachment into the land belonging to the university, agitations by the host communities and modalities to finding a lasting solution topped the agenda.
The FUTO delegation was led by the Pro Chancellor and Chairman of the Governing Board, Prof John Ofem; Vice Chancellor of the University, Prof Francis Eze; Registrar, John Nnabuihe, the Public Relations Officer, Mrs. Uche Bright-Nwelue and others.
Among those present at the meeting include Imo State Commissioner of Education, Prof. (Mrs) Viola Onwuliri; Chief Technical Adviser to the Governor, Barr. Pascal Madu; Political Adviser to the Governor, Hon. Jones Onyeriri, Special Adviser to the Governor on Technical and Vocational Education; Hon. Oliver Enwerenem; SSA on Lands to the Governor, Mr. Steve Onu; Ken Njemanze SAN; Chairman, Interim Management Committee of Owerri West LGA, Hon. Innocent Ekenma