Gang Up Against Gov. Ihedioha Intensifies, As Opposition Leaders, Plot his Removal 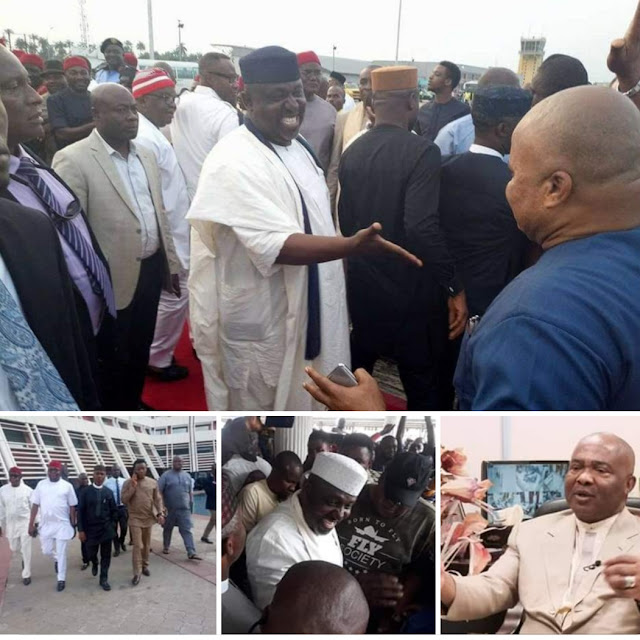 The Opposition leaders led by former Governor of Imo State, Senator Rochas Okorocha of the All Progressive Congress (APC) , former Senator and 2019 Imo gubernatorial candidate of the All Progressive Grand Alliance (APGA) Senator Ifeanyi Araraume, former senator and governorship candidate of the All Progressive Congress (APC) Senator Hope Uzodinma, former Imo State Chief of Staff and 2019 Imo Governorship Candidate of the Action Alliance (AA) Ugwumba Uche Nwosu, former Senator and 2019 Governorship Aspirant of the Peoples Democratic Party (PDP) senator Samuel Nnaemeka Anyanwu, 4-members of the House of representatives from Imo State, among others had meet last night at Transcop Hilton Hotel, Abuja to fine tune strategies to ensure that governor Ihedioha does not survive the election petition tribunal at the Appeal court and an eminent change of government in Imo at no distance time. 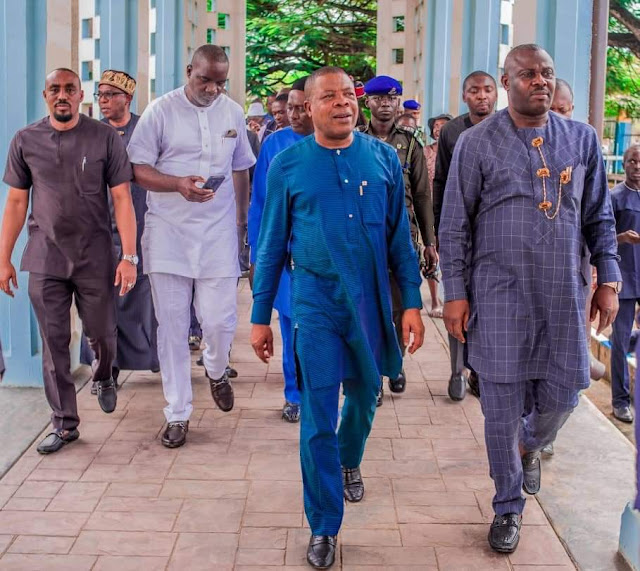 The group Ifeanyicy.com reliably gathered had perfected strategies to ensure that the Appeal Tribunal nullifies the election of Governor Emeka Ihedioha and order for either a rerun or outright cancellation of the march Imo gubernatorial election and order for new election in line with the relevant laws.

To achieve their goals of removing Ihedioha, the opposition leaders have agreed and adopted Senator Ifeanyi Araraume as their consensus governorship candidate in view of the appeal tribunal pronouncements. The coalition of APC, APGA, AA, and Samdday led PDP political structures are to mobilise their members and followership to ensure that the needful is done.

Will Governor Ihedioha and PDP stakeholders in Imo watch and allow the opposition take over power through court nullification of the march gubernatorial election and ordering of new election, is what we can not state for certainty.